Video: When RPF personnel became the messiah, saved two people from being hit by a train in UP-Chhattisgarh, you will be stunned to see the video 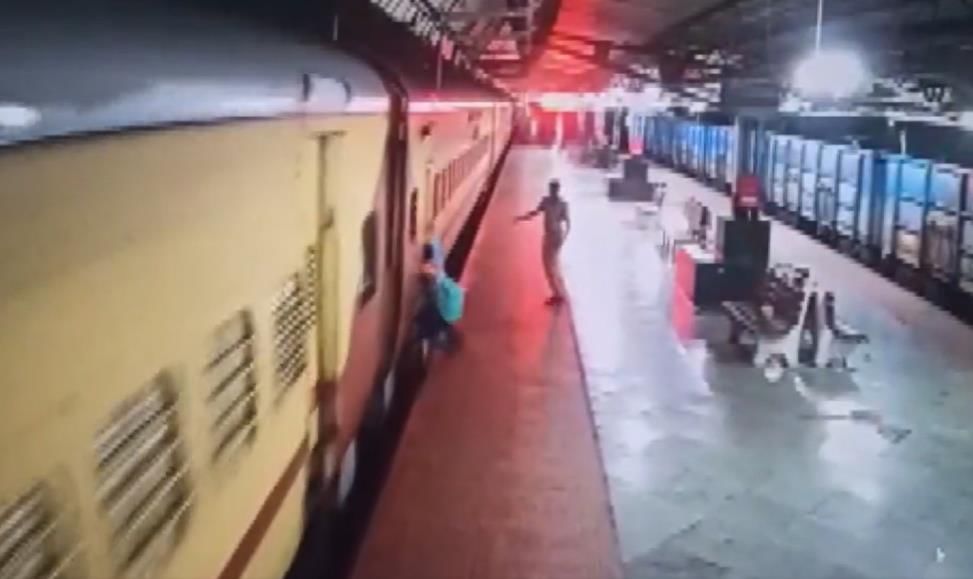 ,No one can harm the one protected by the god’. The meaning of this proverb is that no one can spoil the one with whom God is. This proverb gave two similar cases today in Uttar Pradesh (Uttar Pradesh) and Chhattisgarh (Chhattisgarh) came out from Where Railway Protection Force (RPF) The alert jawans of the rescued two people from going to death. The first incident is from Lalitpur in Uttar Pradesh. On the other hand, the second incident is from Bhatapara in Chhattisgarh. The video of both the incidents is becoming increasingly viral on social media. In both the videos, RPF personnel have saved the passengers from being hit by the train.

Uttar Pradesh- If there was a delay of a few seconds…

The first viral video is from Uttar Pradesh. Where an elderly woman trying to cross the railway track dangerously in Lalitpur narrowly escaped being hit by a train. According to the viral video, the RPF jawan standing on the platform is asking the elderly woman not to cross the railway track. Despite this, the elderly woman starts crossing the track. Seeing the train pass, the RPF jawan runs away and somehow pulls the woman towards the platform and the train leaves at high speed.

#WATCH , Uttar Pradesh | Railway Police personnel saved the life of an elderly woman who was trying to cross the railway track dangerously in Lalitpur today.

Chhattisgarh- Passenger slipped while boarding the train and then…

#WATCH , Chhattisgarh | Railway Protection Force (RPF) constable Rupak Kumar saved the life of a passenger by saving him from falling into the gap between the platform and the train at Bhatapara Railway Station yesterday, June 18 pic.twitter.com/Nb4YtLks7T