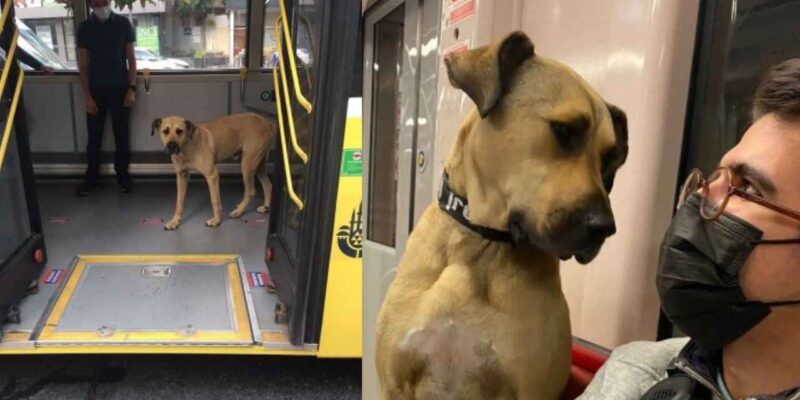 This dog named Boji is quite popular in Turkey

You must have often seen pets traveling in the car with their owners. But have you ever seen a stray dog ​​using public transport? Now you will think that can this ever happen. You will be surprised to know, but it is true. A stray dog ​​from Istanbul, Turkey has become a social media sensation these days. It not only travels in buses, metro and trains, but also uses stairs and lifts like common people. So let’s know about this dog.

This dog named Boji is so intelligent that he uses every public transport. It is well known till the root. Now many passengers have started knowing this. By the way, seeing Boji traveling in Istanbul, now the people here are not surprised much. But it is nothing less than a wonder for the people of the rest of the world. The interesting thing is that Boji follows all the rules and regulations. He also waits for security checking before traveling in the metro.

No one has been able to give information about how long this dog has been doing this. But most people traveling in public transport have started recognizing it well. Let us tell you that Boji is a cross breed of Sivas Cangle and Shepherd. It probably doesn’t like to walk. This is the reason that like common people, it also takes the help of public transport to go from one place to another. Gradually, when people noticed that a dog travels like them, they started making videos of it.

If local people are to be believed, then you will be seen roaming in the bogie bus, in the metro and sometimes in the trains. Its popularity can be gauged from the fact that hundreds of its videos are lying on social media. Now this dog has become a social media sensation in Turkey. Many people will also be seen taking selfies with you. According to the report, in view of Boji’s popularity, the local municipal corporation has also made his social media account. Through this he stays connected with the people.

The death of Hezbollah terrorist ‘Ali Atwa’ involved in 1985 plane hijacking, America had kept a reward of 5 million dollars