Video: Nature strikes in Jammu and Kashmir! Part of the mountain collapsed in a few seconds, the accident happened again at the site of the tunnel accident 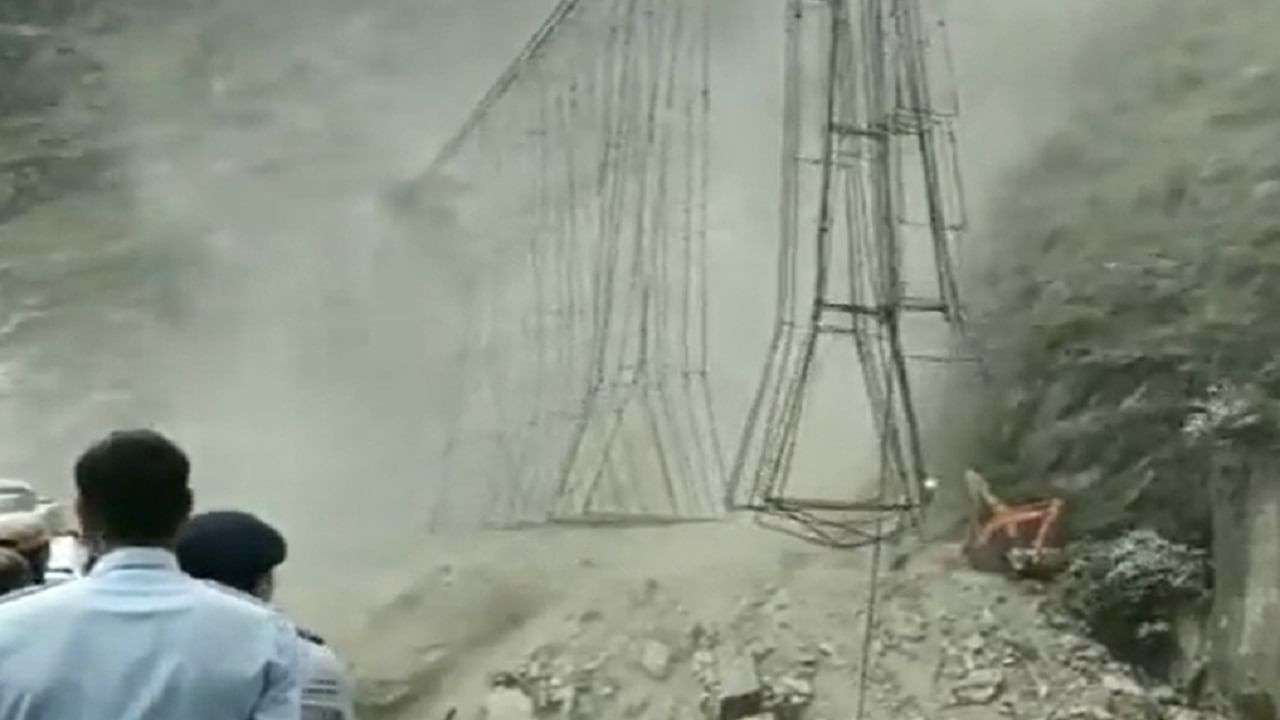 Jammu and Kashmir Lieutenant Governor Manoj Sinha has confirmed the presence of NDRF and SDRF at the spot.

Jammu and Kashmir (Jammu-KashmirOnce again a part of the mountain has fallen in Ramban district. Jammu-Srinagar National Highway in Ramban district (JammuSrinagar national highway) But on Friday, part of a mountain got lost. This part fell near the place where the rescue operation is being carried out after a part of the tunnel under construction collapsed on Thursday night. Jammu and Kashmir Lieutenant Governor Manoj Sinha has confirmed the presence of NDRF and SDRF at the spot. He said that some people are trapped. Sinha said, ‘NDRF and SDRF teams are present there. Many people are trapped. More details will be given when the report comes.

Four people were injured when a part of an under-construction tunnel collapsed on the Jammu-Srinagar National Highway in Ramban district. While 10 people are still struggling with life. The incident happened late on Thursday night and the rescue operation is going on in full swing. Officials said that the rescued laborers have been admitted to hospitals. Several machines and trucks have also been damaged in the incident. A senior official said, on Thursday, around 10.15 pm, the T3 tunnel on the highway near Khooni Nallah in Ramban collapsed, trapping 11-12 workers of Sarla Company working there.

#WATCH , A portion of a mountain falls apart in the Makerkote area at Jammu–Srinagar National Highway in Ramban near the site of the recuse operation, where a part of an under-construction tunnel collapsed late last night pic.twitter.com/SAjDhwFgol

Efforts are being made to reach people through stone breaking machines

The official said that the rescue operation started at midnight and it is still on. Stone breaking machines are being used to reach the stranded people. One of the injured has been taken to the Government Medical College Hospital in Jammu. Union Minister Jitendra Singh termed the incident of collapse of a part of an under-construction tunnel on the national highway between Ramban and Ramsu as unfortunate. He said, I am in constant touch with DC Masratul Islam. The rescue operation is going on in full swing. Civil administration and police authorities are monitoring the situation.


The people trapped in the tunnel were identified as Jadav Roy (23), Gautam Roy (22), Sudhir Roy (31), Deepak Roy (33) and Parimal Roy (38), Shiva Chauhan (26) from West Bengal, officials said. , Navraj Chaudhary (26) and Kushi Ram (25) from Nepal and Muzaffar (38) and Israt (30) residents of Jammu and Kashmir. All these workers belonged to the company that audited the tunnel. Ramban Deputy Commissioner Masratul Islam and Senior Superintendent of Police Mohit Sharma along with Deputy Inspector General of Police are present at the spot and supervising the rescue operation.