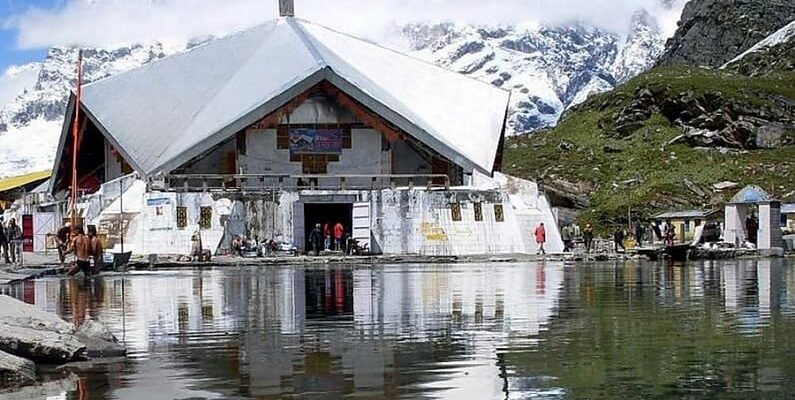 Chardham Yatra is going to start in Uttarakhand from 18th September i.e. tomorrow. Along with this, Gurudwara Hemkund Sahib, the holy religious place of Sikhs. (Hemkund Sahib) The journey will also start from September 18. State Chief Minister Pushkar Singh Dhami on Friday announced to start the Char Dham Yatra. The state government announced to start the yatra with conditions in view of the corona epidemic.

The High Court has allowed the Char Dham Yatra with some restrictions. The division bench of the Chief Justice has allowed 1200 devotees or yatris in Badrinath Dham, 800 in Kedarnath Dham, 600 in Gangotri and 400 in Yamanotri Dham. Apart from this, the court has also asked every devotee or traveler to carry a COVID negative report and a certificate of two vaccines.

According to the instructions of the government, only 1000 devotees will be allowed to visit Hemkund Sahib in a day. Apart from this, it will be mandatory for the devotees to bring the RT-PCR negative report with them. It has been clarified in the instructions of the Hemkund Sahib Trust that the RT-PCR report should not be more than 72 hours old. This will be necessary for those devotees who have not got the vaccine.

These guidelines have to be followed

Uttarakhand | Gurudwara Hemkunt Sahib Yatra to begin from 18th September, only 1000 devotees allowed darshan in a day. Negative RT-PCR report not older than 72 hours mandatory for devotees who are not fully vaccinated pic.twitter.com/oJS8rbq1r9

After which, during the important hearing held on Thursday, the High Court had allowed the Char Dham Yatra with some restrictions. The division bench of the Chief Justice has allowed 1200 devotees or yatris in Badrinath Dham, 800 in Kedarnath Dham, 600 in Gangotri and 400 in Yamanotri Dham. Apart from this, the court has also asked every devotee to carry a COVID negative report and a certificate of two vaccines.

Devotees are not allowed to take bath in the pool

Apart from this, the High Court in its order has asked to deploy police force as per requirement during Chardham Yatra to be held in Chamoli, Rudraprayag and Uttarkashi districts. Apart from this, devotees will not be able to take bath in any pool.

Uttarakhand: Devotees going to Kedarnath will have to wait a little for heli service, service is expected to start from October

IPL 2021: Kevin Pietersen told which team has the best chance to win the title