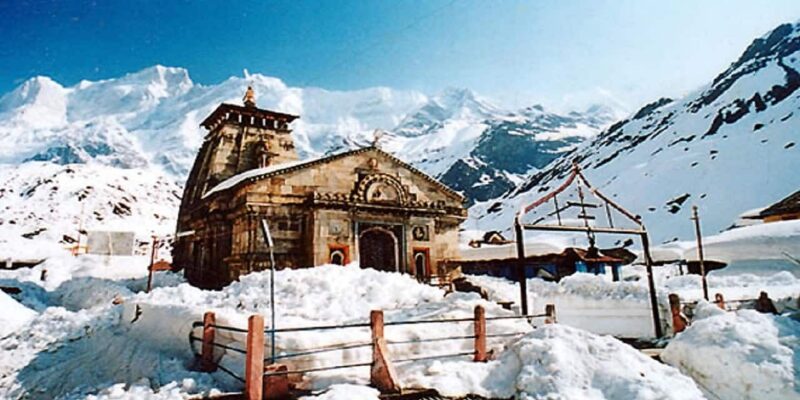 Snowfall fell on the peaks of Badrinath-Kedarnath.

In Dehradun, the capital of Uttarakhand (Dehradun), now the morning and evening have started feeling cold. The weather has become quite pleasant these days. Along with this, after rain in Kedarnath and Badrinath, there has been snowfall on the high peaks in the early hours of Friday. In Badrinath, Nar Narayan Parvat and Neelkanth Parvat are experiencing intermittent snowfall since last Thursday night. On the other hand, there has been light snowfall on the peaks of Kedarnath as well. Due to which Mana in Badrinath, Hemkund has now started getting cold.

Actually, after the light snowfall in Kedarnath too, the cold has increased here too. According to the Meteorological Department, a yellow alert has been issued for heavy rain across the state till September 28. Heavy rain alert has been issued especially regarding Kumaon division. At the same time, according to the IMD, on September 25 and 26, there is a possibility of heavy rain with thunderstorms in the hilly areas, especially in Kumaon.

Passengers stranded at many places due to landslide

Significantly, on September 27, there is a possibility of heavy rain at some places in Dehradun, Nainital, Bageshwar, Pithoragarh. Apart from this, on September 28, the Yellow Alert of heavy rain will continue at some places in Nainital, Bageshwar, Pithoragarh. After this, there will be no change in the weather in the next two days. Due to this, many roads have been closed due to landslides after heavy rains at many places, due to which passengers are stuck at many places.

Let us inform that the rains are going on in Uttarkashi district. In such a situation, due to the landslide near Yamunotri Highway Kalyani, the road has been closed and the traffic is running smoothly on Gangotri Highway. At the same time, due to debris and landslides on the Naugaon-Paunty-Rajgarhi motor road, the road is being closed since last Thursday night.

The buttress built on the Delhi-Yamunotri NH collapsed

It is noteworthy that due to continuous rain for the last two days, the buttress built on the Delhi-Yamunotri National Highway collapsed near the Kalsi tehsil headquarters of Dehradun district late on Thursday evening. Due to which the road is almost completely broken. In such a situation, the bike riders are forced to remove the vehicle from here on a risky road.

read this also: Uttarakhand Election 2022: After Punjab, Congress can play the stake of making Dalit CM in Uttarakhand too, Harish Rawat hinted

Uttarakhand: CM Dhami took an important decision! DA of government employees increased, know how much profit was made

Haryana government has taken a big decision to compensate for the damage caused to crops due to rain, know everything