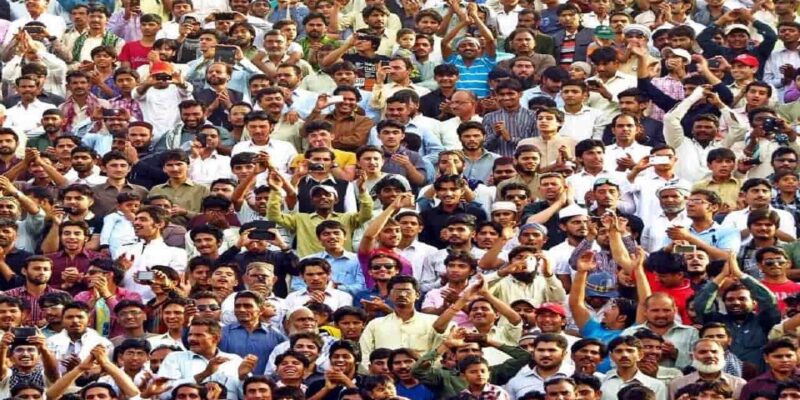 The government is quite restless due to the population growth happening in Uttarakhand. In such a situation, according to the Uttarakhand government, due to the sharp increase in population, demographic changes are taking place in some areas of the state, resulting in migration of many communities from all those places, as well as threatening communal peace. Used to be. Due to this, according to an official release on Friday, expressing concern over this development, the government has directed the Director General of Police (DGP), all District Magistrates and Senior Superintendents of Police (SSP) to take precautionary measures to solve the problem.

In fact, in the release issued by the state government, it has been said that the Uttarakhand government has asked the officials to constitute committees in all the districts which will give suggestions to the administration to resolve the issue. Apart from this, peace committees should also be constituted and their meetings should be held from time to time to review the situation. Such areas should be identified in all the districts and necessary action should be taken against the anti-social elements living there.

Criminal records of people coming from outside will be checked

It is worth mentioning that the list of people with criminal record coming from outside the state and residing in these areas should also be prepared after verifying their place of origin. At the same time, all the District Magistrates (DMs) have been asked to keep an eye on illegal land lands in such areas and to see that people do not sell their land under fear or pressure. Apart from this, strict action should be taken against people of foreign origin who get illegal voter IDs. In such a situation, the record of all these people should be prepared and action should be taken against them according to the legal rules.

Orders given to keep an eye on the Home Department

Let us inform that these instructions issued by Uttarakhand have come after a recent letter written by BJP leader Ajendra Ajay to Chief Minister Pushkar Singh Dhami. In which he had alleged that people of a particular community are not only building their places of worship, but are also buying land in bulk in some areas. Due to which the native residents of the state are migrating. Along with this, after the BJP leader wrote a letter to the CM, the Home Department was asked to keep an eye on the matter.

read this also: Sonam Murder Case: The dead body of sex worker Sonam was thrown into the drain by the customers in Haridwar, two accused arrested

The state government is giving this gift to the farmers of this state who repay the loan on time, know what is the whole plan

Now driving license and RC will be renewed sitting at home, you will have to apply with Aadhar card, this is the complete process