Uttarakhand: The sourness of the mountain lemon will bring sweetness in the relationship between Harish Rawat and Pritam Singh! Know what is the political meaning of Galgal-Malta party 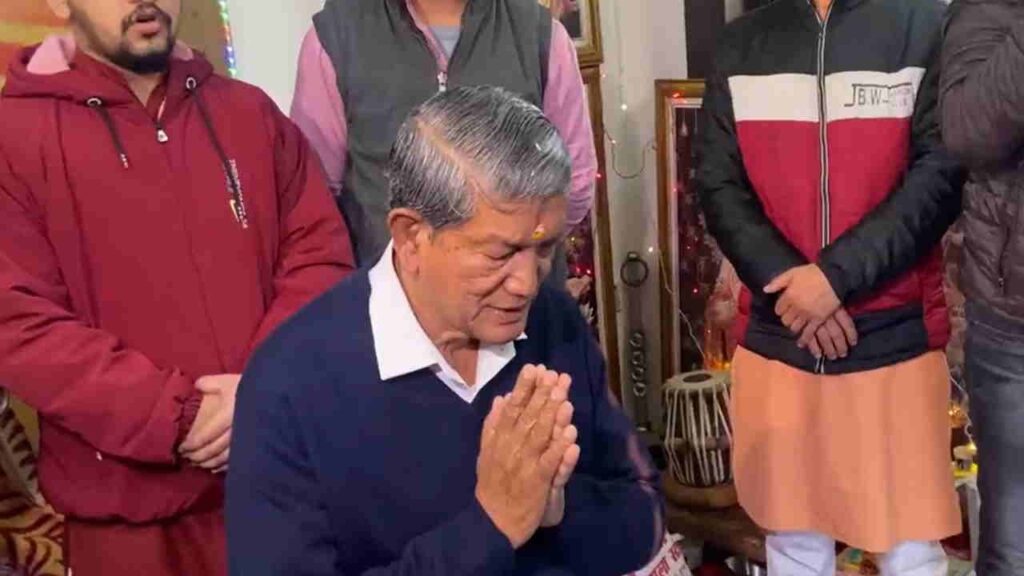 uttarakhand assembly elections (Uttarakhand elections) During the course of time it has become clear that factionalism is at its peak in the Congress and due to this the party has appointed Eastern CM and election committee chief Harish Rawat in the state. (Harish Rawat) Was not declared the face of CM. But on Sunday the state capital Dehradun (Dehradun) In this, the view of Congress Headquarters i.e. Rajiv Bhavan showed some change. Harish Rawat was tasting the hilly lemon-malta and galgal and also tasted sour lemon to Pritam Singh, considered his political opponent, who reached there. Rawat also specially ordered jaggery there for Pritam Singh. However, Congress leaders also tried to bypass factionalism through this party. On the other hand, Harish Rawat has already started pacifying his opponents for the situation to be created after the election results.

In fact, Galgal-Lemon-Malta changed the look of Uttarakhand Congress Bhavan. Because both the opponents Harish Rawat and Pritam Singh tasted sour lemon. Both were sitting together and PCC President Ganesh Godiyal also appeared with both of them. Both the leaders were talking among themselves in the midst of light jokes. Due to the jugalbandi of the three leaders, it seemed as if factionalism had ended in the Congress party and efforts were being made to send a message that all is well in the party. In fact, soon after the assembly elections, Harish-Pritam were seen fighting among themselves as to who would be the chief minister after the Congress got majority in the state. On the other hand, Harish Rawat made his opponents active by expressing his desire to become the Chief Minister himself. While reacting to this, Pritam said that the party high command and the legislature party will elect the CM in the state.

At the same time, Harish Rawat continued to chant Uttarakhandiyat during the elections and once again he said that he has always been in favor of promoting Uttarakhandiyat and the traditions and culture of the state. That is why the Malta Party has been organized for this. During the elections in the state, the workers worked hard and brought the policies and practices of the party to the common people.

In fact, Harish Rawat is considered a staunch opponent of Pritam Singh. At the same time, after the entry of Harak Singh in the party, Pritam Singh has become stronger. Because Harak Singh is an old Congressman and Pritam Singh is being told a big role in bringing him to the party. Therefore, Harish Rawat is well aware that after the declaration of the election results, if the Congress gets a majority, then Pritam Singh can prove to be a big challenge for him. Especially regarding the number of MLAs of Garhwal region. Because there are more seats in Garhwal than in Kumaon and till now two of the three eastern CMs of Congress were from Kumaon region. So Pritam Singh can claim the post of CM.

read this also: Conflict flares up again in BJP, Yamunotri candidate accuses party leaders of working against him

read this also: Uttarakhand Election: Despite political ups and downs, BJP MP Anil Baluni did not change party, know how was his political journey