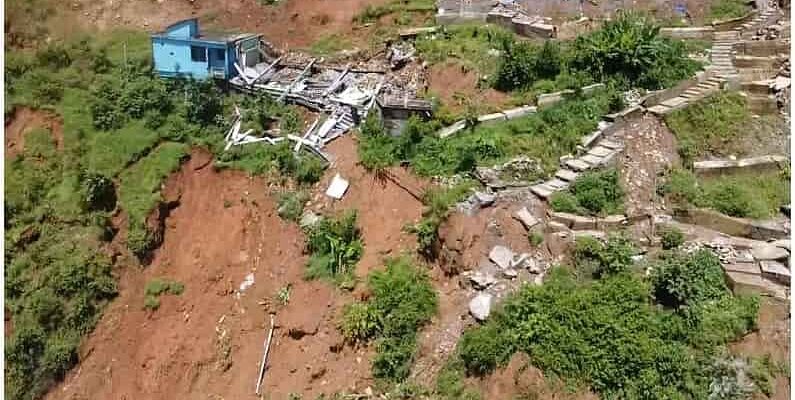 The road connecting Darma and Chaudas Ghati in Pithoragarh district has been closed for several months. Apart from this, the roads are breaking down again and again in the Beas Valley.

There are some areas in Pithoragarh Weather, the district adjoining the China border of Uttarakhand, which have completed 100 days of cutting off contact with the rest of the world. The road connecting Darma Valley and Chaudas Valley and the roads of Beas Valley have been closed for a long time. Due to which the crisis of everyday things has also arisen in the areas.

In fact, on June 16, there was devastation in the area due to heavy rains. Due to which the road connecting Darma and Chaudas valley got destroyed. Heavy landslides have occurred at dozens of places on this road along the China border. Along with this, many bailey bridges built on it were also broken. Due to which the contact with the area was cut off. On the other hand, the situation in the Beas Valley is also not good. The road reaches Lipulekh Pass only through the Beas Valley. But in light rain, this road is also getting closed at places.

Security forces also reach the border through all these roads. The local people as well as the security forces are facing problems due to the broken roads. There has also been a crisis of everyday things in these areas. Due to the closure of the Tawaghat-Lipulekh road in Didihat for several days, logistics supply has been affected for the security forces personnel posted in the BOP located on the China border.

Ration being delivered by helicopter

At the same time, snowfall has also started in the high Himalayan region. Logistics supply should not become difficult, so the army started delivering ration to its soldiers by helicopter. Some BOPs of the army are in such places, where there is snowfall ranging from five to 15 feet. In such a situation, even for the winter, the entire ration is delivered there till September. At the same time, the Meteorological Department had expressed the possibility of thunder and hailstorm with heavy rain at isolated places in Chamoli, Bageshwar and Pithoragarh districts of the state. In view of this, the Meteorological Department has issued a yellow alert in these districts.

Also read: On hearing the evil of PM Modi, the girl started crying hysterically on the stage.