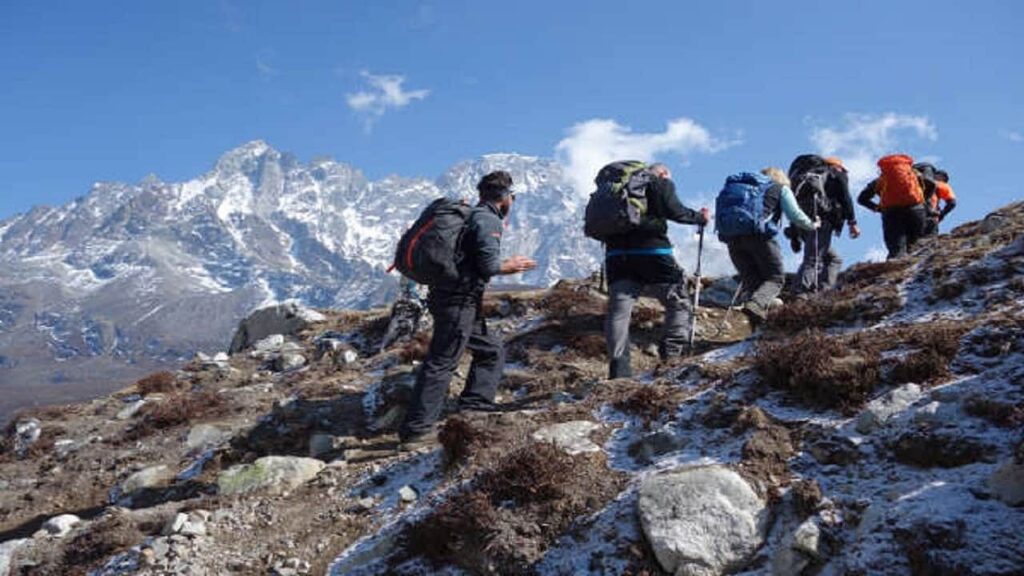 Four tourists who went for trekking died, many are still stranded (symbol photo)

Five tourists have died in an 11-member team that went on a trek to Chitkul in Himachal Pradesh via Lamkhaga pass from Harshil in Uttarkashi district. While other tourists are being rescued from Heli. A woman tourist from Delhi is also among the dead. A tourist has been taken from Heli to Harshil.

District Disaster Management Officer Devendra Patwal said that five tourists have died. SDRF team is doing rescue from Heli. These tourists have been found by the search rescue team at an altitude of about four and a half thousand meters. A tourist is being treated by bringing Harshil.

Had started from Harshil on the trekking of Chitkul

An 11-member team of tourists had gone from Harshil to Lamkhaga pass for trekking to Chitkul in Himachal Pradesh. The tourist team was supposed to reach Chitkul on Tuesday, but this team went missing. SDRF launched a search operation by helicopter to find the missing party.

The disappearance of this team was reported in the Lamkhaga pass peak situated at an altitude of about 20 thousand feet above sea level. This team had gone out for trekking for the Lamkhaga pass, but due to bad weather on 17, 18 and 19, this team has gone missing. The team consists of eight members, one cook and two guides. The district administration sought help from the Indo-Tibetan Border Police (ITBP) to trace these trekkers.

11 tourists had left for Chitkul from Harsil on October 11

According to the administration, six Himachal porters who went with the same team left the luggage of tourists and reached Ranikanda in Chitkul on October 18. It was expected that the tourists and cooking staff would reach Chitkul by October 19, but till Wednesday morning no trace of the tourist team and cooking staff could be traced. The missing 7 trekkers are residents of Delhi and Kolkata. All of them had left for Chitkul from Harsil on October 11. They were to reach there on October 19, but when they did not reach there on Tuesday, the trekking organizers informed the Uttarkashi District Disaster Management Office about it. At present, the heli rescue operation of ITBP is going on.

Uttarakhand: If the weather is kind then Chardham Yatra started again, 55 died due to heavy rain