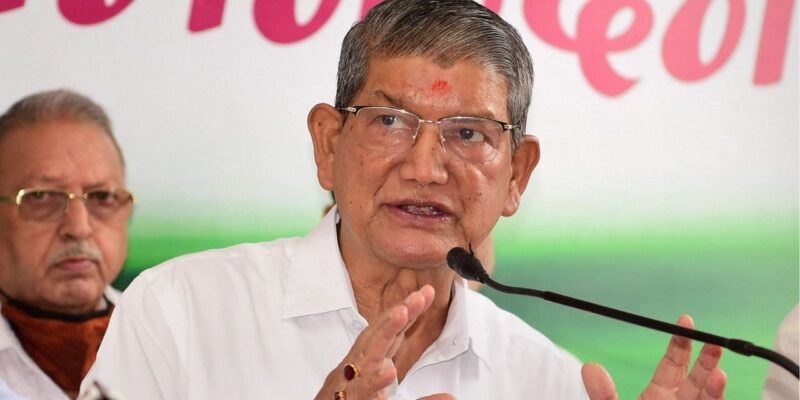 Uttarakhand (Uttarakhand Election 2022Former CM Harish Rawat (Harish Rawat) has pointed towards the new political strategy of the Congress in the state during the Parivartan Yatra. Addressing the people, Harish Rawat said that I pray to Mother Ganga that such a moment also comes in my life when I can see the son of a Dalit and poor craftsman from Uttarakhand becoming the Chief Minister of this state. With this gesture of Harish Rawat, the political stir has increased in Uttarakhand.

Harish Rawat said- How much the Dalit class is with the Congress, it is not important. What is important is that for how many years the Dalit society supported the Congress and worked to bring it to power at the Center and in the states. We will refund. If given an opportunity, Congress will run with their aspirations. Let us tell that there are assembly elections in Uttarakhand after a few months and Harish Rawat is the biggest Congress leader and is also in the forefront of the race to become CM. In such a situation, by playing the bet of Dalit CM, he has tried to make many political equations simultaneously.

Congress may be preparing to influence political equations with Dalit card in Uttarakhand assembly elections, but it does not have any big Dalit face other than MP Pradeep Tamta. However, there are leaders like working president Dr.Jit Ram and former MLA Narayan Ram Arya. Once a strong politician Yashpal Arya was a big Dalit face in Congress, but now he is in BJP.

What is the Dalit population in the state

The BJP had defeated the Congress in the 2017 elections by winning 57 seats in the 70-member state assembly. Not only this, in terms of vote-share, the BJP had achieved 13 percent more than the Congress, which has increased to 30 percent in the 2019 Lok Sabha elections. On the other hand, the Congress is battling with factionalism. There are thirty-six figures between Congress Legislature Party leader Pritam Singh and Harish Rawat. In any case, Pritam Singh did not want the Congress to enter the electoral fray by making the face of Harish Rawat Singh’s CM, but was advocating for contesting the elections under collective leadership. At the same time, Harish Rawat was demanding from the Congress high command to give CM face from the beginning. In such a situation, Harish Rawat has played the Dalit card, excluding himself from the race of CM, which even Pritam Singh will not be able to oppose.

On the other hand, the BSP is playing bets on the Dalit and Muslim equation in Uttarakhand, due to which the responsibility has been handed over to Shamsuddin Raini, while the Aam Aadmi Party is trying to increase its political base by making free announcements on the lines of Delhi. At the same time, Dalit MLAs of Delhi have been engaged to help the Dalits. The BSP also made a dent in the Dalit vote bank in the three assembly elections held before the 2017 assembly elections in Uttarakhand.

In 2012, three seats were won by the BSP with 12.28 percent votes, while in 2007 it had won eight seats with 11.76 percent votes. However, in 2017 his vote bank slipped to 7.04 per cent and the account of his seats could not be opened. Even in Udham Singh Nagar, the BSP has been registering its presence in the elections on the basis of the Dalit population. In such a situation, the Congress has played the bet of Dalit CM and has played the stake of countering the BSP politically.

read this also: Uttarakhand: Disputes related to property have been falling heavily on the saints, in the last 3 decades, 22 saints became victims of such conspiracies.