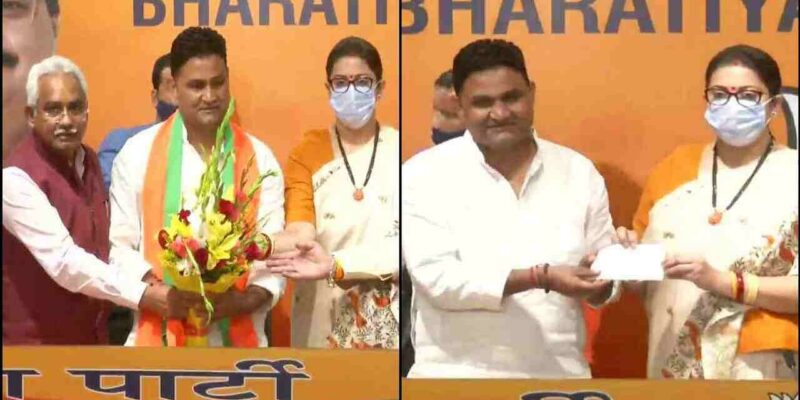 Kaida joined the party at the BJP’s national office in Delhi.

Before the upcoming assembly elections in Uttarakhand (Uttarakhand Assembly Election 2022), the political stir has intensified. In this episode, the process of defection of MLAs and leaders is also going on. Now Independent MLA Ram Singh Kaida from Bhimtal in Nainital has joined BJP (MLA Ram Singh Kaida Joins BJP). Kaida joined the party at the BJP’s national office in Delhi. Recently, Congress MLA from Purola Rajkumar also joined BJP.

Many development works done in his assembly

Ram Singh Kaida, who became an independent MLA from Bhimtal assembly seat in 2017, maintained a rapport with the BJP in his four years for development works in his assembly. On this occasion, Madan Kaushik and Anil Baluni said that Ram Singh Kaida’s work as MLA is appreciated by the people of his constituency. Coming to BJP, he will work to strengthen BJP.

Ram Singh Kaida started his politics with student politics. For the first time, Haldwani became the student union president in MBPG College in the year 1992. After this, the president of the student union was elected. After student politics, Kaida got into politics. In 2003, he became a district panchayat member for the first time in his home area, Nai-Dholi village, and in 2008, he became a member of the area panchayat from Bhumka. Apart from this, he also worked in key positions of the Congress. While being the State General Secretary, State Organization Minister and State Secretary of Congress, strengthened the Congress in its area. Due to not getting a ticket in 2017, he contested as an independent and won.

If you want to save in sugarcane irrigation, then this mobile app will help, when and how much water has to be spent, you will get complete information