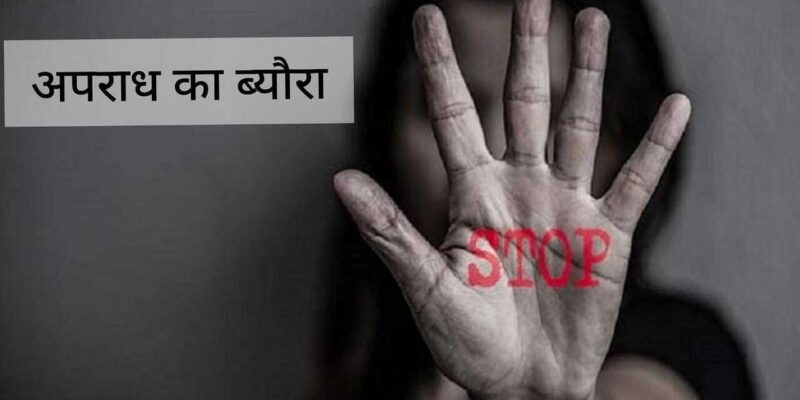 National Crime Records Bureau has recently released its latest report (NCRB Report 2020). In this report, the situation regarding crime in Uttarakhand is worrying. According to the data of 2020, Uttarakhand is at number one in the cases of murder and rape in the hill states (Rape Cases in Uttarakhand).

According to NCRB data, despite the lockdown due to the Corona period in 2020, crime was not curbed in the state. Due to the lockdown, the prevalence of online work increased more, with this there has been a double increase in cyber crime. According to the NCRB report, more cases of crime have been registered in Uttarakhand in 2020 than in 2019.

Status of crime in Uttarakhand in last 5 years-

Uttarakhand at number one in murder cases in hill states

Apart from Uttarakhand, the nine Himalayan states include Arunachal Pradesh, Himachal Pradesh, Manipur, Meghalaya, Mizoram, Nagaland, Sikkim and Tripura. In this list, Jammu Kashmir (149) is at number two and Himachal Pradesh (91) is at number three. At the same time, a total of 29,193 murder cases were registered in the country during 2020, which shows a marginal increase of 1.0 percent as compared to 2019 (28,915 cases).

Despite the lockdown, crime against women increased in 2020

Uttarakhand has the highest number of rape cases among Himalayan states

In Uttarakhand – Cyber ​​crime has doubled in 2020. In 2020, 243 cases of cyber crime were registered in Uttarakhand. At the same time, in the year 2019, a total of 100 cases of cybercrime were reported in the state. In the COVID-19 period 2020, when everything was closed, online work had increased rapidly. Due to this, there has also been an increase in cybercrime in 2020. At the same time, in the year 2019, there was some restriction in cyber crime as compared to 2018.

Also read: Chardham Yatra: Approval for Char Dham Yatra with Corona guidelines, only so many devotees will be able to go in a day; Read – Important Rules

Also read: Uttarakhand: In 14 days of September, there was more rain than average, the cycle will not stop yet, Bageshwar-Chamoli is most affected

Prime Minister Modi convenes a meeting of secretaries of all ministries, will review the ongoing work!