Uttar Pradesh: Youth arrested for mobile theft in Lakhimpur Kheri dies as soon as he leaves the lockup; Family’s allegation – life lost due to beating of police 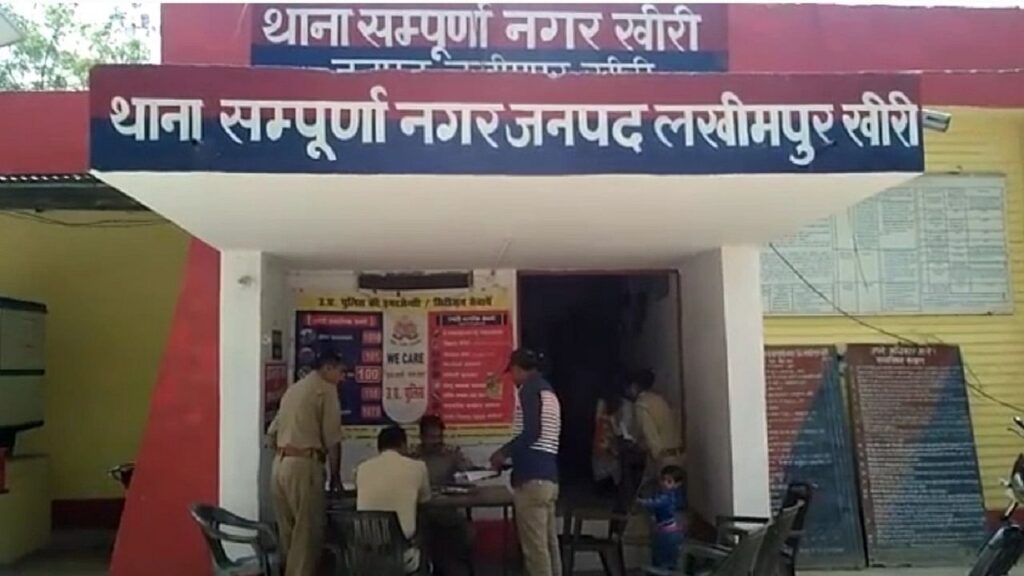 It is alleged that when the family members returned, the outpost in-charge and both the soldiers had beaten up Rahul fiercely. When his condition worsened due to the beating, the family members were called and handed over to Rahul.

Uttar Pradesh (Uttar Pradesh) K Lakhimpur Kheri (Lakhimpur Kheri) A 17-year-old teenager, who was caught on charges of mobile theft, died in Khajuria post due to police beating. The police caught him on January 19 and brought him to the post. Angered by this incident, the family members along with hundreds of villagers kept the body on the Sampoornanagar-Khajuria road and demonstrated by jamming. When CO Palia and Tehsildar came to know about this, they immediately reached the protest site. The CO and the Tehsildar tried hard to clear the jam by persuading the family members, but the family members were adamant on the demand of getting compensation and registering a murder report against the accused policemen.

After which when both the officers assured of action. Then the jam could open after about five hours. The father of the deceased has given a complaint of murder against Khajuria outpost in-charge and two constables to the police.

Policemen were taken away from home on suspicion of mobile theft

Lachiram, a resident of Kamlapuri village of Khajuria police outpost of police station Sampurnanagar, told that his brother Ram Bahadur’s mobile was stolen. Ram Bahadur suspected that Lachiram’s son Rahul had stolen the mobile. On the basis of suspicion, Ram Bahadur had given a complaint against Rahul at the Khajuria police post. Outpost in-charge Vipin Kumar, constable Sachin and Mahendra came home on January 19 and took Rahul along with him. The relatives told that the village head had made a settlement between the two sides by going to the post. Even after the agreement, the police did not leave Rahul and had made the family and the village head walk from the outpost, saying that he would leave them by evening.

After being released from the police post, Rahul went straight to the hospital.

It is alleged that when the family members returned, the outpost in-charge and both the soldiers had beaten up Rahul fiercely. When his condition worsened due to the beating, the family members were called and handed over to Rahul. Seeing the condition of the son, the family took him to a doctor in Khajuria and got him treated, but to no avail. On this he was taken to Palia and admitted to the hospital. Where he died on Sunday morning. On receiving the news of the death, anger spread among the villagers.

The family members reached the village with the dead body and started a demonstration against the police along with hundreds of villagers by placing the dead body on the Khajuria-Sampornanagar road. The family members were accusing the police of beating them to death by showing injury marks on the dead body. As soon as the news of the death of the teenager was received due to police beating, the hands of the police swelled. SO Sampoornanagar Anil Saini reached the spot and tried to open the jam after persuading the people, but people did not listen to him. Seeing the matter increasing, the SO informed the higher officials about the incident.

Families are adamant on taking action on the police

CO Palia SN Tiwari and Tehsildar Ashish Kumar Singh reached the spot and tried to open the jam, but on the demand of getting immediate compensation and arresting the accused policemen by registering a murder report against the accused policemen. Got stuck. The CO, after conducting the investigation, assured to fulfill the other demands including action against the guilty policemen. After that the people who were calm opened the jam. The father of the deceased gave a complaint against outpost in-charge Vipin Kumar Singh, constables Sachin and Mahendra in Sampurnanagar police station.

Villagers ran and beat the soldiers

The constables who were accused of killing Rahul. They again reached Rahul’s village and the policemen started showing awe. Due to which the villagers got angry and started beating the accused soldiers. The villagers ran and beat the soldiers all over the village. The soldiers were beaten up and driven away from the house they entered to escape. Soldiers saved their lives by entering the fields.

Also read- UP Assembly Election: Know who is Haider Ali Khan, whom Apna Dal has fielded against Azam’s son in Swar seat