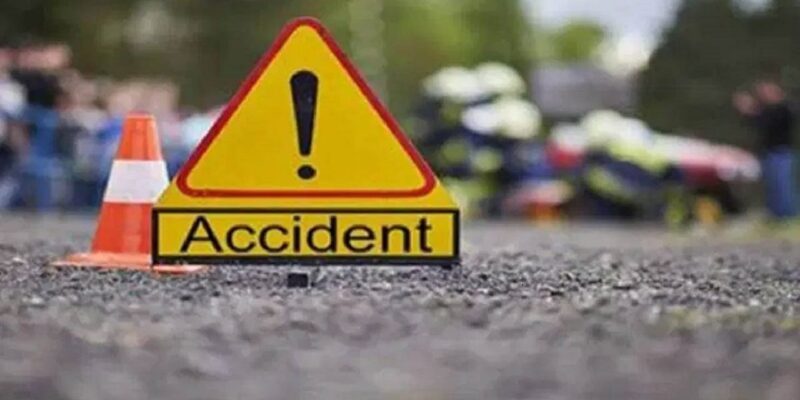 Four people died in a horrific road accident in Mathura district of Uttar Pradesh late last night on Sunday. In this accident, three women and one person died on the spot. While 4 people are seriously injured. At the same time, the four injured have been admitted to PGI Lucknow. where he is being treated. At the same time, on getting information about the accident, the police reached the spot and the bodies were taken out.

Actually, this matter happened near KD Medical College police post under Chhatra police station area on Mathura Highway. According to police officials, the truck rammed into the brother-in-law’s car going from Gurugram to Amethi in the early hours of Sunday. The uncontrolled car collided with the divider. In this accident, four including the couple died, while four people were injured. The police officer said that Dharmendra, his wife Lakshmi, daughter Mohini and a relative’s daughter Kusum died on the spot in the accident. The injured were admitted to the hospital, in which the condition of a girl is said to be critical.

Hearing the sound, the open dhaba and the sleep of the shopkeepers

In this painful horrific road accident near KD Medical College police post under Umbrella police station area, Anosh Kumar, a resident of Fursatganj police station area of ​​Amethi, his brother-in-law Dharmendra Kumar (32 Amethi, Lakshmi (30) wife Dharmendra, nephew Anirudh (4), Younger brother Rohit’s wife Kusumlata (28), sister Pooja (22), younger brother Mohit and Pooja’s friend Mohini (19) daughter Ashok Kumar, resident of Khurramnagar left for Amethi late night in a Swift car with Lakhimpur Kheri. Everyone was to participate in the recitation of Ram Charit Manas starting from Sunday. A truck suddenly came on the highway in front of KD Medical College, Akbarpur. It was loud that the people sleeping at nearby Dhabas and shops woke up after hearing the sound of the accident.The roof of the car was completely damaged.

During this, the police officer of Chhatra police station said that after getting information about the incident, the police team was sent to the spot and the dead bodies and injured were sent to the hospital. He said that the driver of the vehicle is absconding from the spot after the incident. On the complaint of Anosh, a case has been registered against the driver of the truck. With this, the search for the absconding vehicle driver has been started.

100 days later in Sydney, open lockdown for people who have had both doses of vaccine, crowded salons and bars