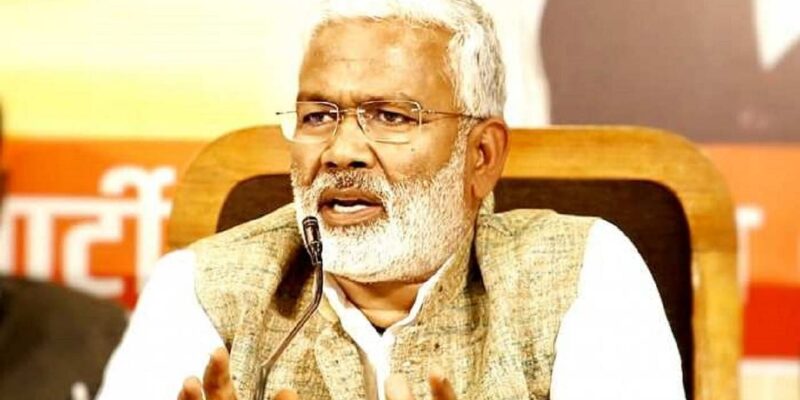 The round of BJP meetings is going on in Delhi regarding the violence in Lakhimpur Kheri Violence of Uttar Pradesh. Several leaders including UP BJP President Swatantra Dev Singh have been called for a Delhi meeting regarding the Lakhimpur violence. Apart from Swatantra Dev Singh, state in-charge Radha Mohan Singh and organization minister Sunil Bansal have also reached Delhi. Opposition parties are adamant about the demand for the resignation of Minister of State for Home Ajay Mishra over the Lakhimpur violence. In view of this, this meeting has been taken.

In fact, in view of the upcoming assembly elections in the state and the uproar in Lakhimpur Kheri, the BJP is engaged in damage control. Under this episode, UP BJP President Swatantra Dev Singh, while advising the party workers, said that Netagiri does not mean robbing, nor has he come to crush anyone with fortune. If you get votes, you will get it from the behavior done by the public. If 10 people praise you in the locality where you live, then my chest will widen. It is not that in the locality where people live, people could not see your face.

Let us tell you that there was tremendous violence between BJP leaders, workers and farmers in Lakhimpur Kheri last Sunday. In this, Ashish Mishra, son of Union Minister Ajay Mishra Teni, was accused of crushing farmers with a car. However, Ashish kept on claiming that he was not present at the spot at the time of the incident, but was at a distant event. At the same time, the police remand application of Ashish Mishra, the main accused of Lakhimpur violence and son of Union Minister of State for Home Ajay Mishra, will be heard today. The SIT probing the case wants to interrogate Ashish by taking him on remand.

Ashish did not reach the first summons of UP Police

Significantly, the crime branch had summoned Ashish earlier but Ashish had not reached then. After this, he was called again for questioning the next day, where he reached before time. After not reaching the first summons, discussions were going on for Ashish to flee to Nepal. However, Ashish’s father and Union Minister Ajay Mishra Teni himself had come forward and said that he has not gone anywhere. While joining the interrogation, Ashish has also handed over several videos to the police officials, through which he claimed that he was not present at the spot.

Natural apple farming: Farmers are earning lakhs of rupees by farming with manure made from cow dung and urine, know everything