Uttar Pradesh: The special Shivling that changed the color of Lakhimpur Kheri… this is the interesting story behind the frog temple built on the Manduk Tantra 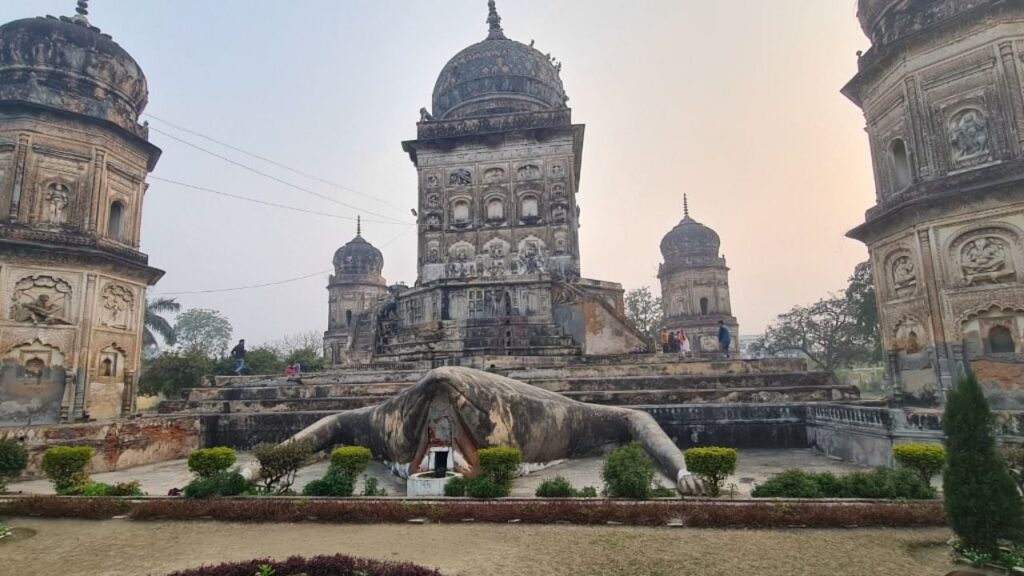 Replicas of tantric teachings have been engraved on the walls of the Frog Temple. Along with this, idols of gods and goddesses are also present here. There are also many strange pictures inside the temple.

Uttar Pradesh (Uttar Pradesh) of Lakhimpur Kheri (Lakhimpur Kheri) The frog temple built on the Manduk system in the district has a different identity. The frog is worshiped in the Frog Temple of Oil, which is located at a distance of about 10 km from the district headquarters. According to the news, this temple is based on the Manduk Tantra. In this temple, Shiva is seated on the back of a frog. The special thing is that the Shivling changes color in the frog temple. It is said that about 200 years old this frog temple (Temple) was built to protect against natural calamities like drought and flood.

The special thing about the Shivling of Frog Temple is that the color of this Shivling changes. The statue of Nandi standing in the temple is seated. Such a statue is not found in any other Shiva temple in the whole world. In this temple, there is a gathering of people who believe in Vastu, Shilp and Tantra Sadhana. There is always a gathering of devotees from all over the country in this unique temple of splendid artwork. Replicas of tantric teachings have been carved on the walls of the frog temple. Along with this, idols of gods and goddesses are also present here.

giant statue of frog in temple

There are also many strange pictures inside the temple. These pictures make the temple even more grand. It is said that such rare pictures are not seen anywhere else in the world. In front of the temple, there is a huge idol of frog, behind which is the holy pagoda of Lord Shiva. This pagoda is built in a square shape with a dome. It is believed about the Shivling established in the sanctum sanctorum that the Shivling of Narvadeshwar Mahadev changes its color naturally several times a day. It is said that the architectural structure of Narmadeshwar temple was built by a great tantrik of Kapila.

Shivling of the temple changes color

The architectural structure of this temple based on Tantrism is very attractive, seeing which everyone gets mesmerized. Containing the old historical story, this temple used to be a center of the Oyal Shaiva kingdom. It is said that this frog temple was also built by the Oyal rulers. Lord Shiva is presiding here, hence it is also called Narmadeshwar temple. Thousands of devotees come to visit the frog temple every day, but on Diwali and Mahashivratri, the view here is different. On these days a huge crowd of devotees is seen here. It is believed that all the wishes of those who worship in the temple are fulfilled. This is the reason why devotees make vows in the temple.

Also read- UP Election 2022: BSP changed candidates on these two seats of Unnao, SP-BJP did not even announce candidates