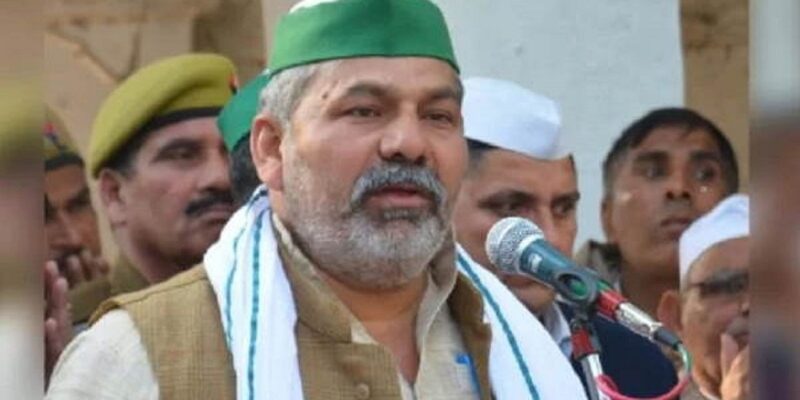 The last Ardas was laid on behalf of the United Kisan Morcha (SKM) at the site of the incident for the farmers killed in the violence in Tikuniya village of Lakhimpur Kheri. In which many leaders including farmer leader Rakesh Tikait, Congress General Secretary Priyanka Gandhi Vadra, Deependra Hooda, came, but the farmers did not give place to any leader on the stage.

Only the relatives of the deceased farmers and the leaders of the farmers’ organization remained on the stage of the program. During this, farmer leader Rakesh Tikait reiterated the demand for the resignation and arrest of Minister of State for Home Ajay Mishra from the stage. Tikait said that today is the last prayer of the farmers, everyone saw the sad incident of October 3, the videos came later due to the closure of the net. Had the video not been there, the farmers would have been considered guilty, everyone saw that the minister was at fault, he had already threatened.

Till the minister does not go to Agra jail, the movement will continue

He said that this arrest is a red carpet arrest, a remand based on a bouquet, no police officer has the courage to interrogate the son of the Minister of State for Home? Is there any inquiry by putting the garland? The investigation will not be possible until the interrogation is done after being closed in both the police stations. Tikait further said that the effigy will be burnt on the 15th, the rail will be closed for 8 hours from 10 am to 6 pm on October 18, the big panchayat is in Lucknow on the 26th. Tikait said about the farmers’ movement that the movement of Delhi will continue, our struggle will continue, the government wants to get into a fight.

Also read: Uttar Pradesh: Shadow mourning at the house of Shaheed Saraj Singh, mother said, now who will ask whether he ate medicine or not; The father said that the son did not want to go to the army

If the simile of semolina is not made, then try this secret method

Mother’s milk for children is not less than vaccine, breastfeeding should be done for six months after birth