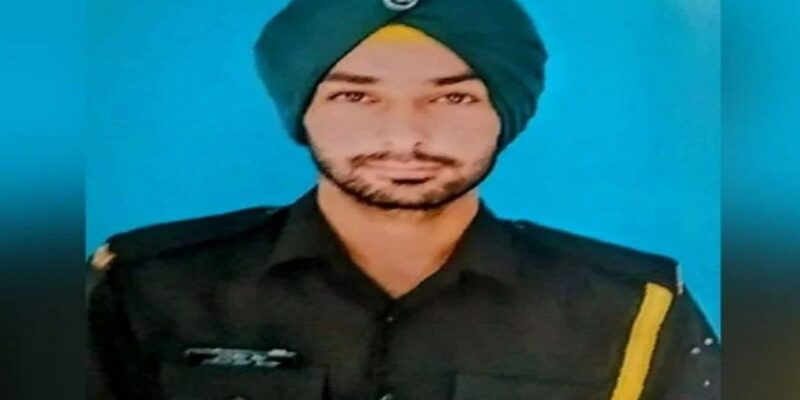 It is a matter of pride to sacrifice life for the country. Martyrdom is a great honor but a pain remains in the hearts of loved ones forever. The same pain can be felt in the eyes of the family members of Saraj Singh today. Saraj Singh, who was martyred in Poonch, Kashmir, was very close to his mother Paramjeet, used to talk on the phone every day. Now there is only one question in his mind, now who will ask on the phone whether he has eaten the medicine or not. Saraj Singh’s mother is proud of her son’s martyrdom while hiding her pain, but she also tells the government that the government has to avenge her son’s martyrdom.

On the other hand, Vichitra Singh, the father of the martyr, is shocked to say that two sons were already in the army, so we did not want him to join the army but he had to wear a uniform. All three sons of Vichitra Singh are in the army and their posting is in Jammu and Kashmir. Two sons were in Kupwara and younger Saraj Singh was in Poonch.

Didn’t know that this day would have to be seen….

Shaheed Saraj Singh’s brother and soldier Sukhvir Singh tells that he was the youngest in the house, so he used to worry. I also used to explain that one has to work with some patience but did not know that this day would have to be seen. Sukhveer says I have double anger in my mind. One, the enemies of the country snatched our soldiers from us, secondly our brother got separated from us.

When the news of martyr Saraj Singh’s martyrdom came on Monday, there was a gathering of people at his house. There was mourning in the whole village. People were sad that a soldier was martyred from this village of soldiers but no political leader reached. On the death of the farmers, the leader who raised the trumpet of the struggle, did not reach the farmer father of Shaheed Saraj Singh, nor did he send any consolation. Priyanka Gandhi is coming to attend the Ardas being held in Tikunia village of Lakhimpur today.

Vichitra Singh, the father of the martyr soldier, is also waiting for Priyanka to come to his place and console him. Bhai Sukhveer Singh says that till now neither the government nor any leader has received any call from any party, nor has any message of consolation been sent.

Also read- Uttar Pradesh Assembly election 2022: Your own chariot, your own path, hopes of meeting faded

Also read- Akhilesh started ‘SP Vijay Yatra’, claimed to win 400 seats, said- we will tie up with smaller parties, BJP is not in trouble with Congress

Now there will be no worry about cash money when going abroad, SBI brought this special card, know its specialty