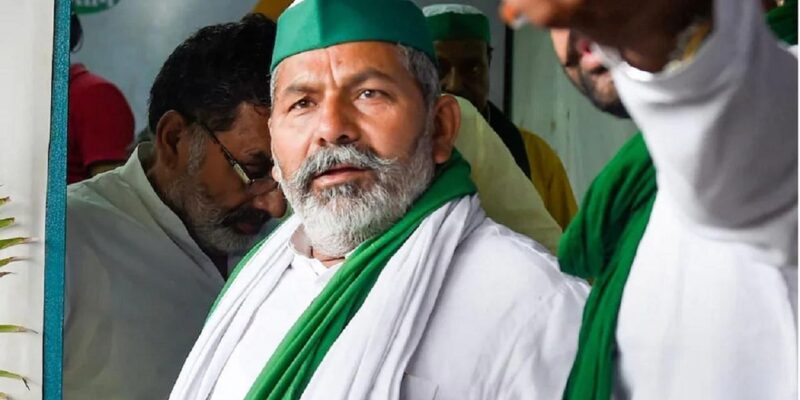 The uproar in the Lakhimpur Khiri violence case in Uttar Pradesh is not taking the name of stopping. Rakesh Tikait, a farmer leader and spokesperson of the Bharatiya Kisan Union, will go to Lakhimpur Kheri on 12 October i.e. Tuesday. Tikait will attend the condolence meeting to be held in Tikuniya village, the site of the incident. Please inform that Rakesh Tikait has left to reach Tikunia. At present, he has reached Amroha. At the same time, speculations are also being made that farmer leaders can also make a big announcement regarding the dismissal of Minister of State for Home Ajay Mishra.

At the same time, Union Minister of State for Home Ajay Kumar Mishra Teni reached his MP’s office on Sunday morning, but he kept his distance from the media. He declined to comment on the matter. Sources said that on Monday, the court is to hear the application of the police seeking to hand over Ashish Mishra to police custody.

‘We are not people who fear, we are people of Congress who believe in Gandhi’

On the other hand, on Sunday, the opposition parties attacked the ruling BJP fiercely over the Lakhimpur incident and raised the demand for the dismissal of the Union Minister of State for Home. At a rally in Varanasi on Sunday, Priyanka Gandhi Vadra, Congress’s national general secretary and in-charge of Uttar Pradesh, demanded the dismissal of Union Minister of State for Home, Mishra, saying that ‘we are not people who fear, we are people of Congress who believe in Gandhi’. We will not sit silent till the murder of the Union Minister is not dismissed, you have to kill us, kill us, put us in jail, but we will not back down.

Significantly, on October 3, eight people, including four farmers, were killed in Lakhimpur Kheri. The farmers died after they were allegedly hit by vehicles carrying BJP workers, following which some people in these vehicles were allegedly thrashed to death by an angry mob. After which the police arrested Ashish Mishra, son of Union Minister of State for Home Ajay Mishra on Saturday night in connection with the Lakhimpur Kheri incident.

Also read- BJP talks about one religion and one community, targets Muslims in Uttar Pradesh on the pretext of encounter – Owaisi again accuses