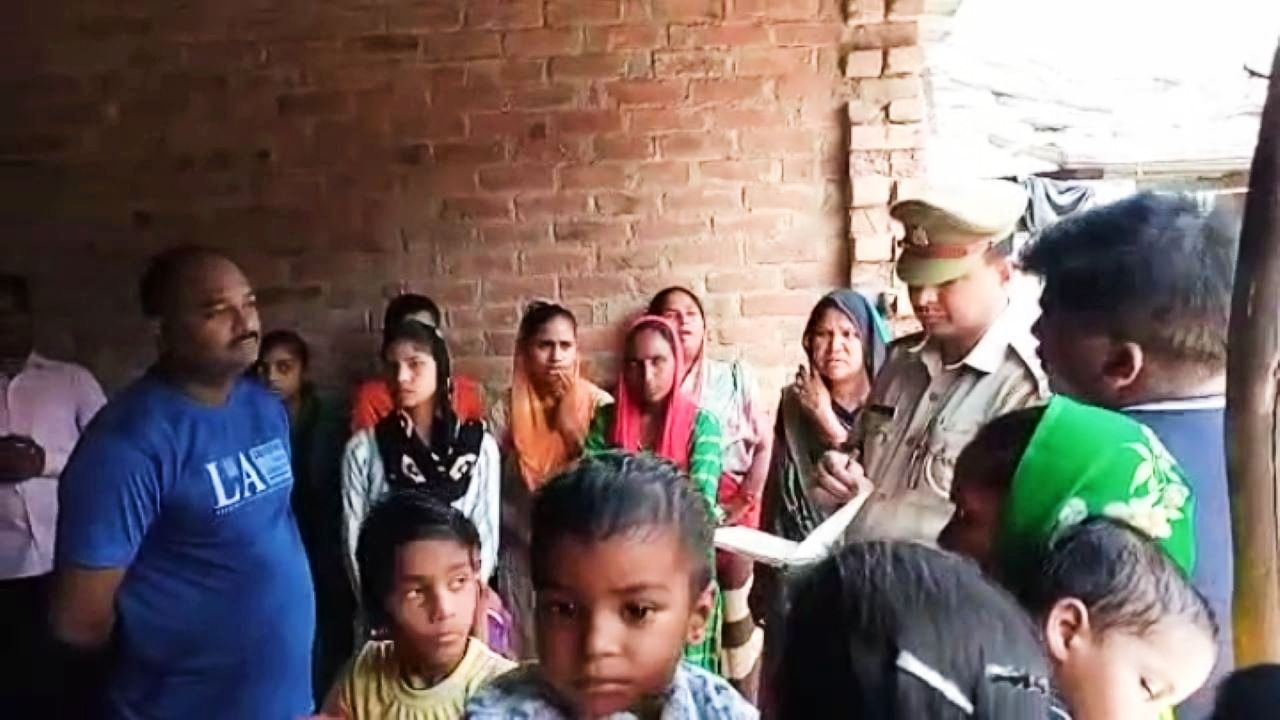 Bareilly’s SP City Ravindra Kumar told that information about conversion was received in the village. After which the police reached the spot. During this the police talked to the people. He told that a complaint has been given by an organization.

Uttar Pradesh (Uttar PradeshIn Bareilly district, there was a stir in the village Bichpuri of the Bithri Chainpur area of ​​​​the police station. Where it is being told that in a house in the village, people of Christian society were promoting their religion by luring people. At the same time, innocent people were pressurizing the poor villagers to become Christians. Thus the conversion (ConversionThe information of ) spread like a fire in the whole district. After which Hindu organizations and police reached the spot. At the same time, when the police went and raided the house, there was a ruckus in the prayer going on in the house. During this, the police also arrested a young man. At present, the police has started questioning him. Let us tell you that the black business of religious conversion was going on in a closed room in the middle of the village.

Actually, in a house in village Bichpuri of Bareilly district, the police got information that some people are converting to religion inside a house. On receiving the information, the police reached the village of Bichpuri. During this, the police raided a house and talked to the people present on the spot. During this the police recorded his statement. However, in the video you can see and hear that the policemen are asking whether any permission has been taken to get the conversion done. At the same time, the policemen are asking that action will be taken against you people. In such a situation, someone made a video on the raid done by the police and made it viral on social media.

Hundreds of Hindus of the village announced to convert

At the same time, when the matter of conversion came to light, NewsNCR correspondent Manveer Singh went to Bichpuri village to know the reality of the matter, then the matter turned out to be related to the bulldozer. Let us inform that after the bulldozers on more than 100 homes of the poor in Bareilly, now hundreds of Hindus have announced to convert. In such a situation, the people of the village say that just as Hindus are not safe in Pakistan, in the same way Hindus are not safe in India. Therefore, along with converting, they will leave the country. Where there is tremendous anger among the people about their homes being demolished. They say that the Bareilly Development Authority is forcibly running bulldozers on the houses of our villagers for the construction of the Ramganga Nagar residential project. Whereas he has bought this land from the farmers and after that he has been living by building a house for the last 20 years. It is worth noting that BDA has run bulldozers on more than 100 houses so far, while bulldozers are yet to run on about 500 houses.

Villagers said – all work is done by worshiping Jesus Christ

On the other hand, the people of the village say that by worshiping Jesus Christ, all works are done. In such a situation, when our children were ill in our homes. Ever since we started praying, our children are also recovering. We believe that Jesus Christ will save our houses from being demolished. During this, people also say that if our houses are broken, we will convert our religion and leave the country as well.

In this case, Bareilly’s SP City Ravindra Kumar told that information about religious conversion was received in the village. After which the police reached the spot. During this, the police talked to the people. He told that a complaint has been given by an organization. At present the matter is being investigated. During this, a person Abhishek Gupta has been named in the Tahrir. He said that the matter is sensitive. Therefore, the matter is being thoroughly investigated. Further action will be taken only after investigation.