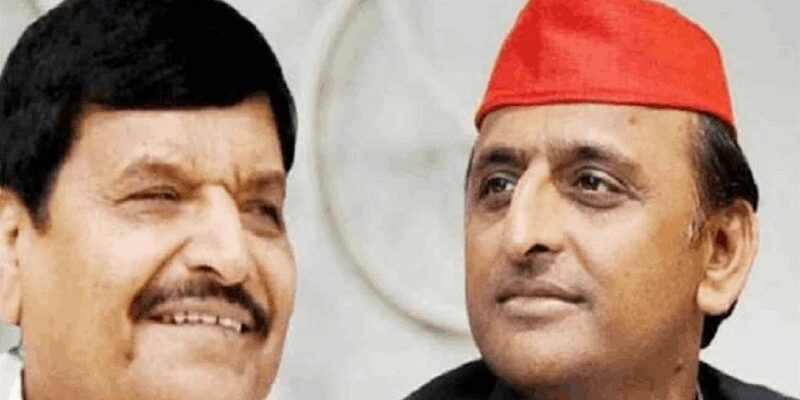 The scope for reconciliation between uncle and nephew has reduced.

In the fight for the throne of power in Uttar Pradesh, the hopes of Samajwadi Sangam seem to be dying. There is no reconciliation between uncle and nephew and that is why both of them are going to take out separate Rath Yatras from today as per the schedule of their respective parties. SP supremo Akhilesh Yadav where his socialist victory journey from Kanpur (Samajwadi Vijay Yatra) At the same time, the National President of Praspa Shivpal Singh Yadav is also going to start the social transformation journey from Mathura.

This is the first time that two prominent leaders of the family of Samajwadi Party patriarch Mulayam Singh Yadav are taking out an election rath yatra from different places at the same time. However, one thing is clear from the different election visits of uncle and nephew that the scope of reconciliation between the two has become very less.

The Vijay Yatra of Samajwadi Party supremo Akhilesh Yadav will start from Kanpur, but the main goal of the journey is to re-enter the party’s old fort, Bundelkhand. On Tuesday, Akhilesh Yadav will start his journey from Kanpur with the demand to garner public support. For this, a Mercedes bus has been converted into an election chariot. The picture of party’s national president Akhilesh Yadav on one side and party patron Mulayam Singh Yadav on the other side has been put in the chariot of Vijay Yatra. Along with this, posters of strong leaders of the party like Azam Khan etc. have also been put in the super luxury chariot. Through this, the Samajwadi Party has tried to show to the general public and workers that there is definitely a ‘new SP with new air’ in the electoral field, but even today the old leaders of the party live in its thinking. Those who still get the same respect and respect as they used to get earlier. If seen, there is also an attempt to persuade those party workers and leaders who want reconciliation between uncle and nephew.

The aim is to remove and defeat the BJP government.

The Vijay Yatra of Samajwadi supremo Akhilesh Yadav will start from Kanpur from October 12. Which will go through Kanpur countryside till Jalaun and Hamirpur. According to the party, the purpose of the yatra in the first two days of the yatra is to provide justice to all sections including farmers, youth, dalits, deprived, backward and minorities. Is. Senior party leader and spokesperson Rajendra Chaudhary says that this is the third election visit of Akhilesh Yadav after July 2001 and September 2011. A day before the Vijay Yatra, the Samajwadi Party released a 17-second video in which Akhilesh Yadav is seen talking to his father Mulayam Singh Yadav and touching his feet to seek blessings. Through this video, Akhilesh Yadav has given an answer to those people who were taunting for not having a picture of Mulayam Singh Yadav in the poster of Samajwadi Vijay Yatra. However, taking a dig at Akhilesh Yadav’s visit, UP government spokesperson Siddharth Nath Singh has said that when CM Yogi was running to every nook and corner of the state during the Corona period, these SP leaders were sitting in their air-conditioned room and tweeted- Playing tweets. Now the same people are pretending to go among the people in an air-conditioned chariot.

Shivpal will take out social change journey from Mathura

The message of Pragatisheel Samajwadi Party chief Shivpal Yadav, who is going to start his transformation journey from the land of Lord Krishna, is clear that the election of 2022 is a crusade, and just as Lord Krishna was on the side of religion, we too are fighting for the destruction of the unrighteous. going to fight for This journey of Shivpal will be in seven phases. In which 75 districts of the state will be included. In these seven phases, all 403 seats of the assembly will be covered. After the darshan of Vrindavan Bihari Lal Lord Krishna, it will start from Mathura. Shivpal Singh Yadav will blow the election conch shell from Mathura itself today. Praspa says that Shivpal Yadav is the only leader of the state who has visited every assembly of Uttar Pradesh twice. The Parivartan Yatra of Shivpal Singh Yadav, which will run from 12 October to 27 November, will be in 7 phases. The last leg of the journey starting from Mathura will be in Rae Bareli.

The special purpose behind starting the journey today

The scope for reconciliation between uncle and nephew has reduced. This thing has been strengthened even more by different visits, but on October 12, ie today, both have specially chosen the day. In fact, Jai Prakash Narayan and Ram Manohar Lohia started raising their voice against the then government on October 12 itself. Akhilesh Yadav and Shivpal Yadav, who are going on election trips with their chariots on this day, may have the same purpose but the paths are different at the moment. The quarrel that started in the socialist clan is not over yet. The impact of which is being feared on the election results of both the parties.

(These are the author’s own views)

UP Assembly Election: 4 hours long meeting of BJP leaders in Delhi, it will be given in 100 days from 100 programs

Uttar Pradesh: Akhilesh Yadav went missing! Posters of “Looking for the Missing” put up in Azamgarh

Kumar Mangalam Birla may invest his money in Vodafone Idea, the company is also considering selling stake in Indus Towers