IPS Amit Lodha is a ‘super cop’, cracked UPSC in the first attempt, now a web series on life

Uttar Pradesh: Another case filed in Mathura court in Shri Krishna Janmabhoomi case, hearing on the matter will be held on November 25 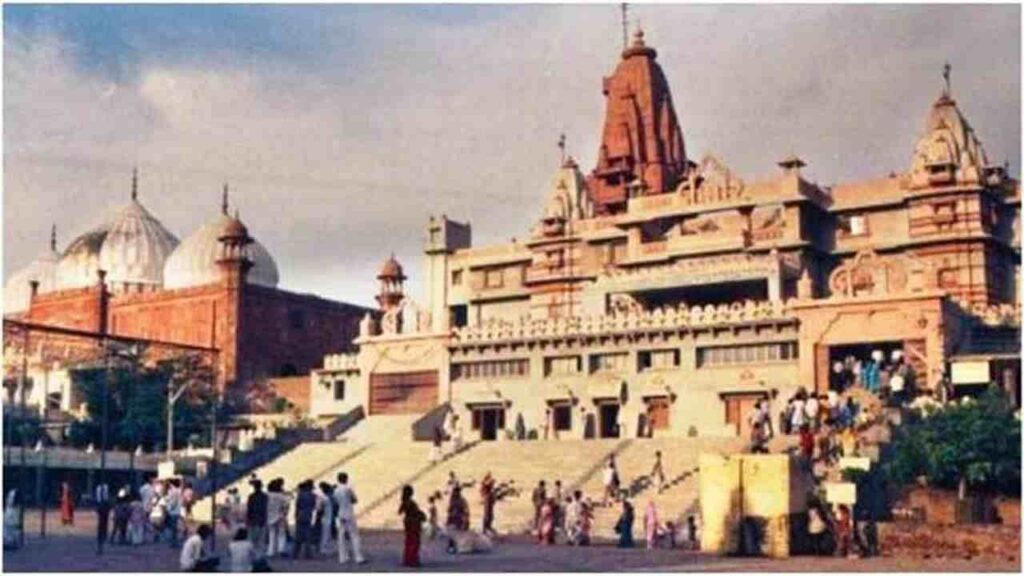 Another case has been added to the Shri Krishna Janmabhoomi-Shahi Idgah dispute in the court of Mathura district of Uttar Pradesh. Now, challenging the decree, the agreement between the birthplace and the Idgah has been requested to be rejected.

Giving information about this, Justice Deepak Devkinandan Sharma said that on Wednesday, in the court of Civil Judge (Senior Division) Jyoti, another Krishna devotee Gopal Giri presented an application through his advocate and accepted the decree of the agreement between the birthplace and the Idgah. Challenging it and requesting its dismissal.

Hearing in the case will be held on November 25

The fast track court has ordered to issue notice to the defendants in this case. November 25 has been fixed for the next hearing in this matter. In this claim also the Chairman, UP Sunni Central Waqf Board, Secretary Shahi Idgah Arrangement Committee, Shri Krishna Janmasthan Seva Samiti, Shri Krishna Janmabhoomi Trust have been made opposition. The court will now hear the matter further on November 25.

“The birthplace of Shri Krishna has been under attack for centuries”

On the other hand, Advocate Mahendra Pratap Singh, president of the organization, who presented the claim in the court on behalf of Shri Krishna Janmabhoomi Mukti Samiti, said that the birthplace of Lord Shri Krishna has been attacked for centuries. There are many archaeological evidences in the form of whose sign and the royal Idgah is present as a direct evidence even at present.

“Need for Awareness in Society”

The followers of Lord Shri Krishna are wishing to free the birthplace of their adorable god. The birthplace has been knocked in the court. But as long as there is lack of awareness in the society, it will not be possible to get Shri Krishna’s birthplace free. Therefore, a lamp donation program was organized on Katra Keshavdev on Wednesday in which other office bearers of the committee including Swami Dr. Adityanand, Girraj Singh Sisodia, Jitendra Singh, Brajbehari Gautam, Rajendra Maheshwari Advocate, RB Chaudhary, Dinesh Sharma were present.

Also read: UP Assembly Election: Amit Shah going to UP to gauge political pulse before the elections, will also consider non-performer MLAs

Vikram Gokhale started his career with Marathi theatre, worked in more than 100 films

Vikram Gokhale: Vikram Gokhale will not be able to forget these 5 films, will always be remembered in the role of father

Amitabh Bachchan and Vikram Gokhale are good friends of each other. This friendship of…

IPS Amit Lodha is a ‘super cop’, cracked UPSC in the first attempt, now a web series on life

IND Vs NZ, 2nd ODI Match Preview: Team India will have to change ‘gear’ to save the series