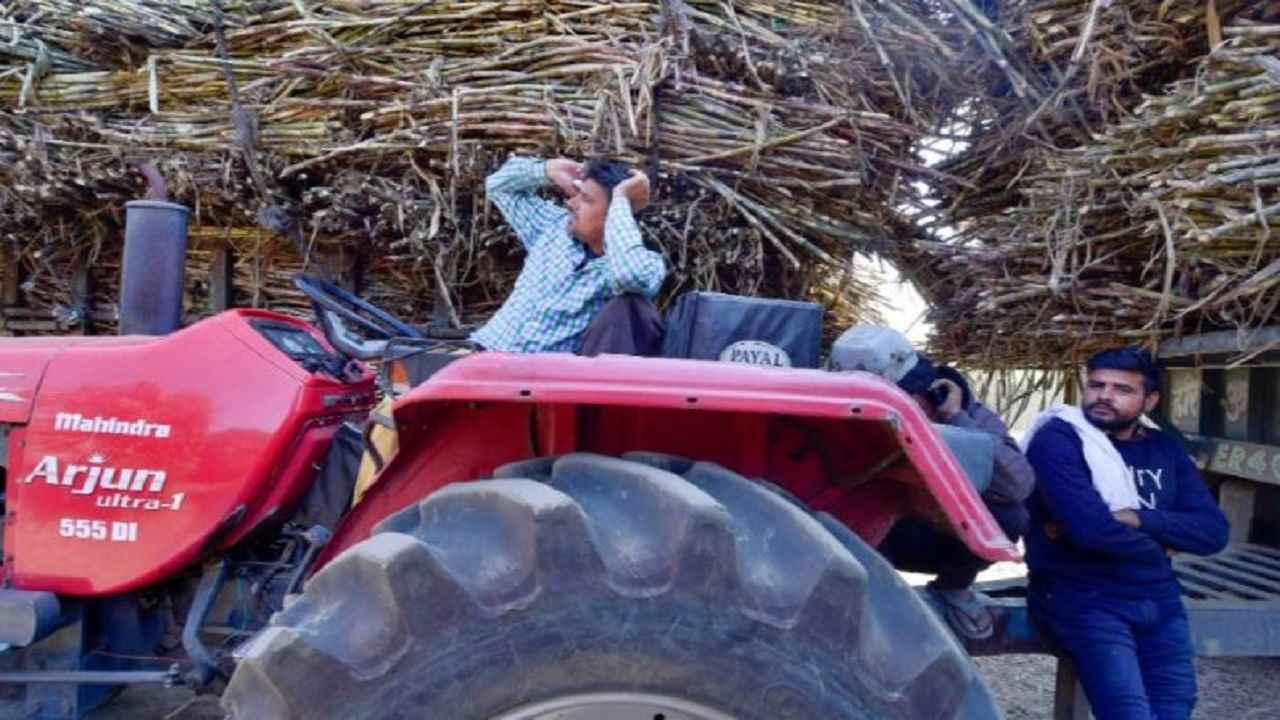 The Yogi Adityanath government claimed that this is the highest and all-fast payment in a season by any government in the last 50 years.

In Uttar Pradesh, 84 per cent arrears of about 45 lakh sugarcane farmers have been cleared. The Yogi Adityanath government claimed that this is the highest and all-fast payment in a season by any government in the last 50 years.

According to the sugarcane department, a total of Rs 1 lakh 42 thousand 650 crore has been paid to sugarcane farmers in the last 4 years. An official said that around 120 sugar mills were functional in the 2020-21 crop season. He has procured 1028 lakh tonnes of sugarcane worth Rs 33,025 crore.

He said that out of total 33 thousand crore rupees, 27 thousand 465 crore rupees have been paid to the farmers. At the same time, 53 mills have cleared 100 percent dues. The sugarcane crushing season begins in October and continues till July next year.

Additional Chief Secretary (Sugarcane Development) Sanjay Bhoosreddy said that this is the highest and fastest payment made by any government in the last 50 years. He said that despite the decline in institutional procurement, sugar mills have made record payments and this is a big achievement in itself.

Bhoosreddy said that Chief Minister Yogi Adityanath has directed to pay the remaining dues soon and the distribution work is also going on among the farmers. The Additional Chief Secretary said that it is the result of the decisions of the State Government that today the payment is being made faster and in less time.

According to an official of the Cane Development Department, till August 31, sugar mills had a stock of about 47 lakh tonnes of sugarcane, the value of which is around Rs 14 lakh 982 crore. The mills, which are still pending dues, also have a stock of Rs 6297 crore. This means that there will be no problem in pending payment. Once the stock is cleared, the farmers will get the balance dues.

Also read- A farmer from Alirajpur makes wine from mango, watermelon and lemon, being used in the treatment of pneumonia in tribal areas!

Corona virus in UP: 21 new cases of corona infection in last 24 hours, not a single infected patient in 63 districts

Telangana: State government to file review petition against High Court’s decision to ban immersion of Ganesh idols made of POP