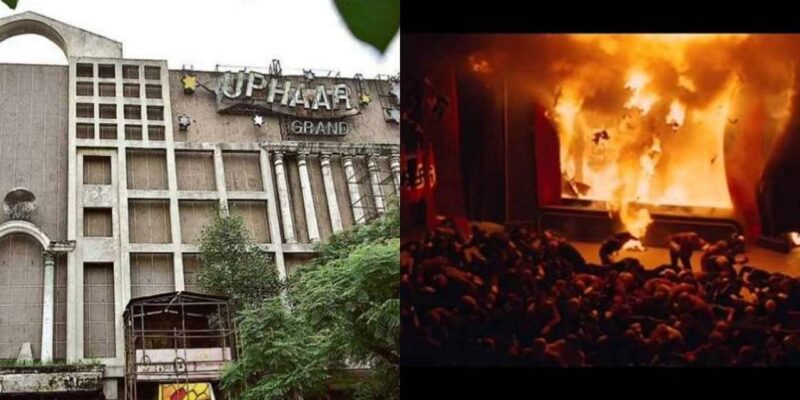 Real estate businessmen Sushil and Gopal Ansal have been found guilty of tampering with evidence in the Uphaar cinema fire case of 1997.

The court can now hear on Monday about the punishment of those convicted. The culprits can be sentenced to life imprisonment in this case. The court has asked all the accused to produce income certificates by Monday to fix the compensation for the victims and their families. Let us tell you that this case is related to Evidence Tempering in the main case related to Uphaar cinema fire. 59 people were killed in the fire at Uphaar cinema. Sushil and Gopal Ansal were convicted in this case. Both were sentenced to two years in jail by the Supreme Court.

Sentence hearing may be held on Monday

However, the court released both of them keeping in mind the time spent in jail and paying the fine. In fact, both the businessmen were asked to pay a fine of Rs 30 crore each for setting up a trauma center in Delhi. Let us inform that two other accused Har Swaroop Panwar and Dharamveer Malhotra had died during the hearing. On June 13, 1997, during the screening of the film Border, a massive fire broke out at Uphaar Cinema in Green Park area of ​​Delhi. 59 people died in this accident.

Delhi court has found real estate businessmen Gopal and Sushil Ansal accused of tampering with evidence. The sentence of both can be heard on Monday. Let us inform that the court had reserved the order after completing the final arguments in the matter on Thursday. Today the court has convicted both of them.

The court accepted the submission of senior advocate Vikas Pahwa, appearing for the complainant Association of Victims of Uphaar Tragedy (AVUT), that Ansal and Panwar had committed a criminal conspiracy to destroy the most important evidence gathered by the CBI in the main case. Had hatched. The case was registered on the directions of the Delhi High Court while hearing a petition by AVUT President Neelam Krishnamurthy.

IPL 2021: David Warner gives an emotional message to SRH fans, hints that the journey with Hyderabad is over

Priyanka Gandhi went to the Dalit basti and planted a broom again, CM Yogi took a jibe at cleaning the Sitapur guest house