UP: Youth who was once a supporter of Samajwadi Party got CM Yogi’s tattoo tattooed on his chest, know who is Yameen Siddiqui 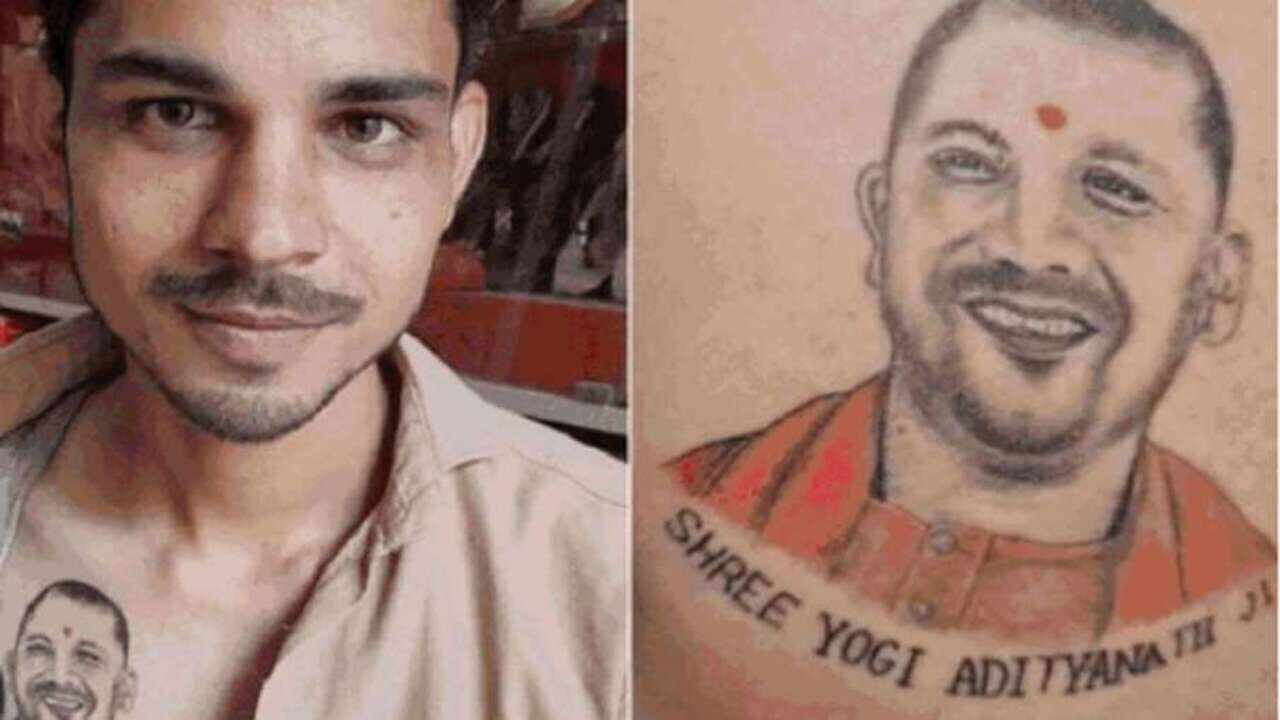 Youth Yameen Siddiqui has got Yogi Adityanath’s tattoo done on his chest.

Yameen Siddiqui, a resident of Etah, has been a supporter of the Samajwadi Party. It also has photos with many SP leaders. The young man has now become a fan of Seam Yogi.

The popularity of Uttar Pradesh Chief Minister Yogi Adityanath had the effect that the Bharatiya Janata Party came to power again in the recently held assembly elections. Along with this, considering the working style of Yogi Adityanath, he was again made the Chief Minister of UP. . Meanwhile, a Muslim youth was so impressed by the work of CM Yogi that he got a tattoo of Yogi on his chest.Yogi Tatoo) got tattooed. The interesting thing is that Yameen Siddiqui, a resident of Etah (Yameen Siddiqui) is a supporter of the Samajwadi Party. The photo of Yogi Adityanath tattooed on the chest of the youth is becoming viral on social media.

In fact, a photo of 23-year-old Yameen Siddiqui, resident of Sarai Aghat town of Naya village police station area of ​​Etah, is becoming increasingly viral. In which Yameen has got a tattoo of Uttar Pradesh Chief Minister Yogi Adityanath on his chest. Although Yameen was an SP worker earlier, he had even sought votes for the SP in the assembly elections. It was close to the SP leaders and used to take photographs with them. Yameen, who runs a footwear shop in Sarai Aghat, shares photos with politicians on social media. Its photo is also wearing a silver crown to former SP MLA of Aliganj and Rameshwar Singh Yadav, lodged in Etah jail under the Gangster Act.

Yameen had sought votes for the Samajwadi Party

At the same time, in the year 2018, Yameen Siddiqui had promoted SP with his Facebook ID. He had posted a poster of Akhilesh Yadav and SP’s election symbol cycle. It reads, “The door of development is breaking, come back to Akhilesh. Vote for Samajwadi Party only. After SP’s supporter Yameen Yogi became CM for the second time, he has now become a fan of Yogi. Regarding Yogi’s tattoo, Yameen says that after being influenced by Yogi Modi’s schemes run by Sarva Samaj, this tent was made as a gift on Yogi’s birthday on June 5.

Yameen says that the scheme of Yogi government is the same for all the poor and there is no discrimination against anyone, whether he is Hindu or Muslim. Yameen Siddiqui’s photo of CM Yogi’s tattoo is going viral on social media. At the same time, a mixed reaction of people is coming out on this. Some people say that this is the effect of the popularity of Chief Minister Yogi Adityanath. So at the same time some people are telling it to be an act done to come in lime light.