UP: Swatantradev Singh and Sunil Bansal have the responsibility of ‘Seva Hi Sangathan’ campaign, BJP leaders will go to the homes of Corona victims. 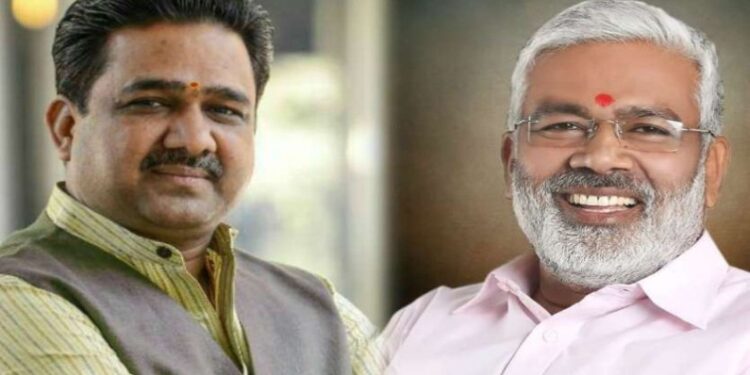 Knowing the problems of the Corona victims, BJP leaders will also try to help them in resolving them.

Under the Seva Hi Sangathan campaign, BJP leaders will visit the homes of Corona victims and inquire about their well being.

The BJP has already started preparations for the next year’s UP Assembly elections. BJP is trying its best to end the dissatisfaction with the government in the minds of party workers during the Corona pandemic. Regarding this, under the Seva Hi Sangathan Abhiyan, BJP leaders are visiting the homes of Corona victims and asking their condition.

Not only this, knowing the problems of BJP leaders Karona victim workers (Leaders Meet Corona Victin Families) will also help them in solving them. The command of this scheme has been entrusted to BJP President Swatantra Dev Singh and Sunil Bansal. Under the leadership of both, BJP leaders will reach the homes of the victims and know their problems. Recently, after talking to the leaders and office bearers of the organization General Secretary BL Santosh, its action plan was prepared. For this, meetings are also being held at the regional level.

To speed up the vaccination campaign, BJP has also formed teams at the district level. These teams will go to the health centers and provide necessary facilities. Under the Seva Bhi organization campaign, State President Swatantra Dev Singh himself is visiting the homes of the Corona victims and meeting them. Swatantra Dev Singh visited former MLA Kesar Singh Gangwar’s house in Bareilly and met his family. Actually, he died recently due to Corona. Along with this, talks are also being held with the victims’ families of the booth level workers.

State Organization General Secretary Sunil Bansal is in talks with local organizations in the areas to make this campaign successful. A meeting was also held in Kanpur regarding this. Today in Gorakhpur also he will interact with the workers.

Trying to remove the problems of Corona victims

Under the Seva Hi Sangathan campaign, planning is being done by the party to improve them by adopting about 900 PHC-CHCs. MLAs, MPs, councilors are being asked to adopt them. State General Secretary JPS Rathod said that BJP is also focusing on meeting the Corona affected families to overcome their problems. Knowing the problems of the victims’ families, full attention is being paid to their solutions and providing them treatment facilities by providing them the benefits of government schemes.

Also read-UP: The prisoner where Mukhtar Ansari is lodged, escaped from the prison, questions raised about the security arrangements

Also Read – Aligarh: Embarrassing! The last rites of a female laborer who died of drinking poisonous liquor were done by pouring diesel, the administration did not help