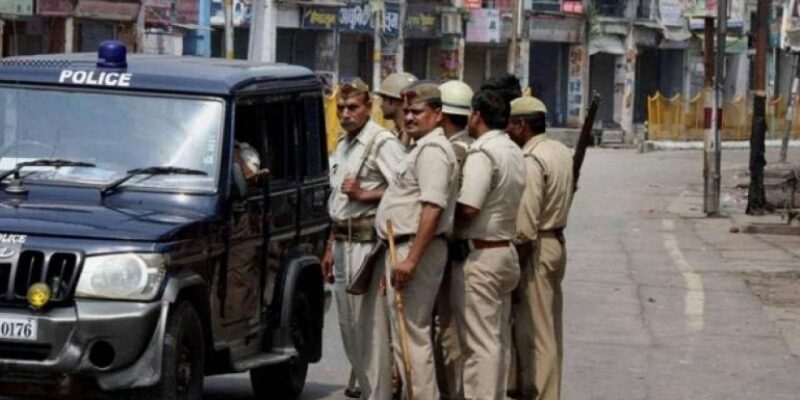 Section 144 was imposed in Lucknow.

Guidelines have been issued by the district administration in Lucknow regarding Section 144 of CrPC till November 8. After its implementation, there will be a ban on gathering crowds without permission.

Politics has intensified after the violence in Lakhimpur Kheri. In view of this, Section 144 has been implemented in Lucknow, the capital of Uttar Pradesh. It has been implemented keeping in view the festivals and examinations. Here an order has been issued to keep Section 144 in force till November 8. Under this section 144, the gathering of more than 4 people is not allowed.

In fact, till November 8, guidelines have been issued by the district administration in the capital Lucknow regarding Section 144 of CrPC. In which section 144 has been implemented due to Navdurga, Ram Navami, Dussehra, Bara Wafat, Deepawali, Bhai Dooj. After its implementation, there will be a ban on gathering crowds without permission. Action will also be taken for publishing material that spreads communal tension. Any sit-in demonstration, rally will be completely banned in the capital. Even after this, if any rally or program takes place without permission, then strict action will be taken against it.

Tight security arrangements made in view of festivals

Significantly, in view of Navratri and other festivals of the coming days, the police department has made tight security arrangements. At the same time, the police is also very cautious about the recent incidents. State DGP Mukul Goyal said that instructions have been issued to the field officers in view of the upcoming festivals. Taking every kind of dispute seriously, immediate action has been asked. According to sources, 138 Company PACs and 5 Company Para Military Forces have been deployed in various districts to strengthen the security arrangements.

Let us inform that after the implementation of Section 144 in the capital, instructions have been issued to take action against those spreading rumors through oral, written, electronic, social media. In this, the group admin of WhatsApp will have to inform the police by deleting the provocative, rumor-spreading post. Strict action will be taken against provocative and rumour-spreading posts. Along with this, those running internet cafes have also been asked to follow the instructions issued by the government by giving strict instructions.

read this also: Lakhimpur Violence: Another disclosure in the Lakhimpur violence case, the eyewitness said – the crowd was waving swords; Slogans of Khalistan Zindabad

read this also: Uttar Pradesh: Big announcement of CM Yogi! Government will distribute tablets and smartphones to 1 crore youth of UP

Madhya Pradesh: Shivraj government has given permission to organize Garba, gym and coaching centers will open completely after October 15