UP: Post-mortem done again after digging the grave of nurse in Unnao, samples taken from 9 parts of the body; dead body was found hanging from the wall of the hospital 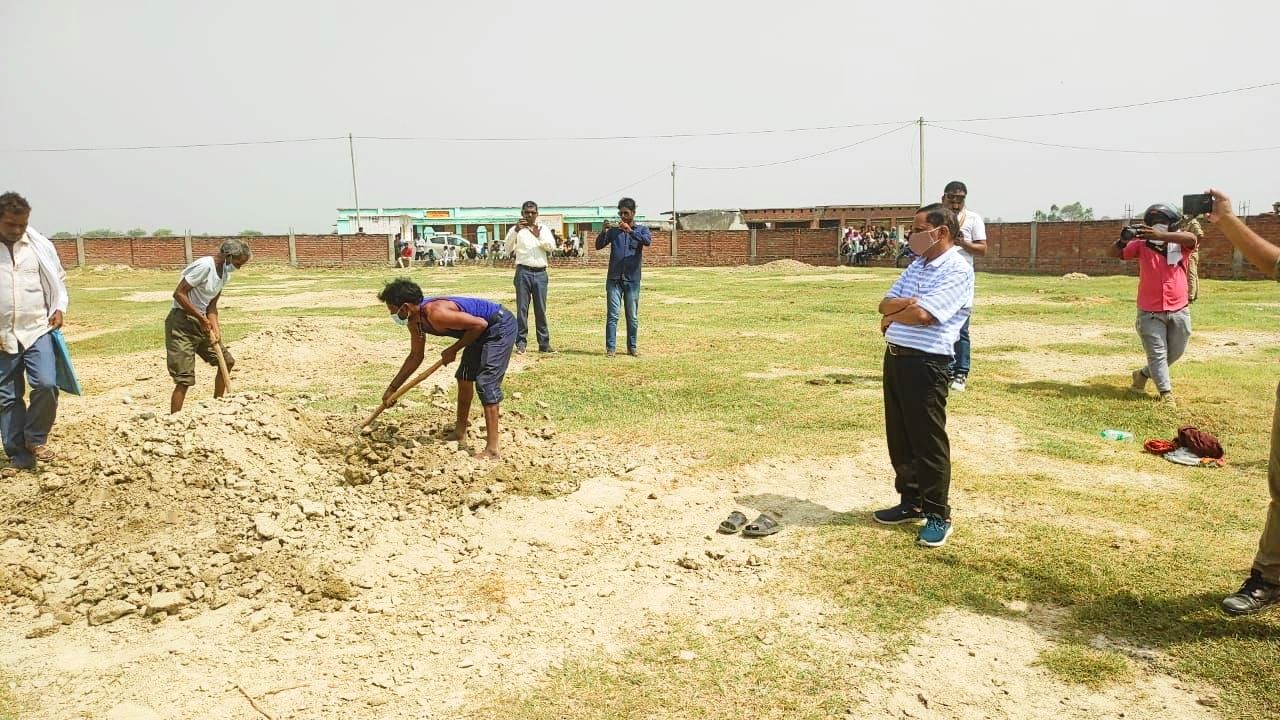 On the death of the nurse in Unnao, the post-mortem was done again after digging the grave.

Recently, the body of a nurse was found under suspicious circumstances in a private nursing home in Unnao. The family members were not satisfied with the post-mortem report and demanded a second post-mortem. On this the DM gave permission.

Uttar Pradesh (Uttar PradeshIn the Unnao district of ), the dead body of a nurse was found hanging from the pillars of the hospital’s ceiling under suspicious circumstances. During this, the police took the dead body in possession and took the post-mortem (Postmortem) was sent to. The family members were not satisfied with that post-mortem report. On this, by giving a letter to the DM, a demand was made to conduct the post-mortem again. On the orders of the DM, in the presence of the SDM, the dead body was excavated from the grave and the post-mortem was done again. During this, there were no other injuries in the post-mortem again. At the same time, according to doctors, samples have been taken from different parts of the body. Which will be sent to the Forensic Science Laboratory.

Actually, a girl from a village under Asiwan police station area in Unnao district, who used to work in New Jeevan Hospital located in Dullapur of Bangaramau town. According to the police, on the morning of April 30, the girl’s body was found hanging from the pillars of the hospital on the terrace. Where the girl had joined the nursing home as a nurse two days ago. In such a situation, the mother of the deceased nurse had lodged a report of rape and murder on 5 people including the hospital operator.

At the same time, rape was not revealed in the post-mortem report. According to the police, the death of the deceased nurse was confirmed by hanging in the pillar. During this, the mother of the deceased nurse had demanded a re-post-mortem from the district’s DM Ravindra Kumar, alleging disturbances in the PM report. On the orders of the DM, today the body is being taken out of the grave under the protection of the police and PM is being made.


Know what is the whole matter?

Let us tell you that in the whole incident, the police has arrested the lover and sent him to jail. While the relatives are not satisfied with the action of the police, they are questioning the police action. At the same time, according to a doctor included in the post-mortem panel, 9 samples have been taken from different parts of the body. Those are being sent to the Forensic Science Laboratory for examination. During this SDM Safipur Ram Sakal Maurya was also present. He told that Tikana is a village. Where there was a girl named Nazia. who had died. There was a PM once in that case. But his family members had given a complaint letter and demanded from the District Magistrate to conduct the post-mortem again. After which the body was brought and the post-mortem has been done again. There are 3 doctors in this panel. At present, the post-mortem of the deceased girl has been done.