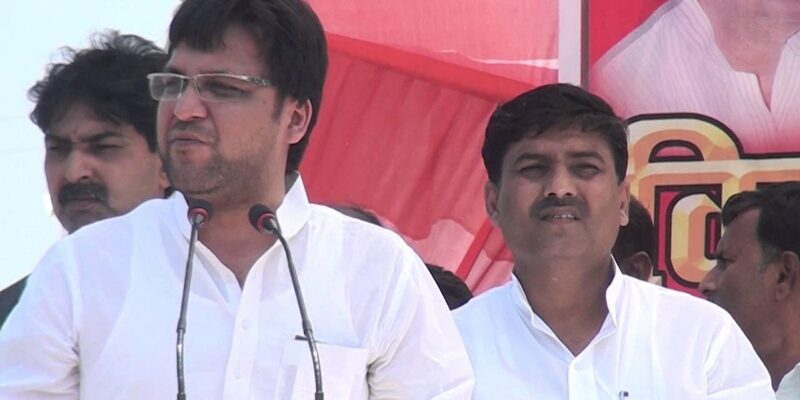 The election of the Deputy Speaker of the Uttar Pradesh Legislative Assembly is to be held. BJP has extended its support to Samajwadi Party’s rebel MLA Nitin Agarwal. Therefore, it is certain to win the election of Nitin Agrawal on the basis of the number of MLAs. At the same time, it is believed that Samajwadi Party can oppose BJP-backed Nitin Agarwal in the UP Assembly Deputy Speaker election. Because Nitin Aggarwal has become an MLA on the SP ticket itself and the Speaker of the Legislative Assembly has rejected the demand to cancel his membership of the assembly.

It is being told that SP President Akhilesh Yadav will decide to oppose the election of Deputy Speaker. Meanwhile, preparations have started for the election of Deputy Speaker in the Assembly Secretariat on October 18. In fact, Naresh Agarwal, father of Samajwadi Party MLA from Hardoi, Nitin Agarwal, has joined the BJP. But he is the MLA of SP in the assembly. Because he has not resigned from the membership of the assembly. Whereas a letter was written by the SP to the Speaker to cancel the membership of Nitin Agarwal. But the Speaker of the Assembly has turned down the demand of SP. At the same time, in the Rajya Sabha elections held in 2018, Nitin had voted in favor of the BJP candidate. There is a discussion that Nitin can contest elections on BJP ticket.

At present, SP’s chief spokesperson Rajendra Chaudhary says that as the elections are approaching. The ruling BJP of the state is trying to divert the attention of the public by conspiring to divert attention from its failures. At present there is no point in holding the election of Deputy Speaker.

In fact, the election for the 18th deputy speaker of the assembly is to be held on October 18. Therefore, for this, a meeting of officers has been held in the Secretariat and in this meeting there was a brainstorming about the election process. So that there is no malpractice in the election. At present, BJP also wants to make it feel its power by winning this election.