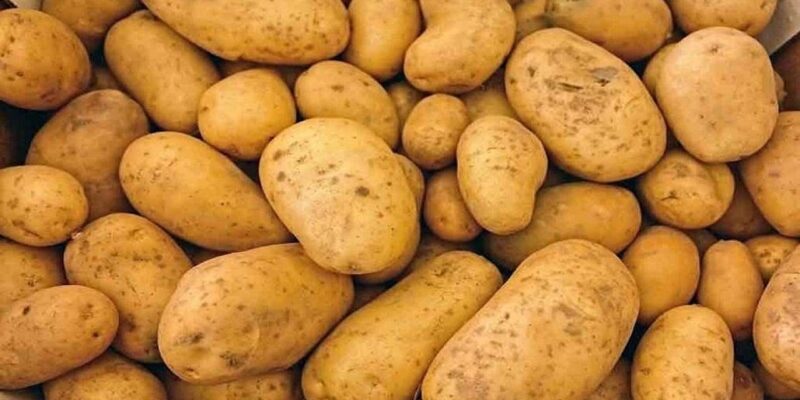 Potato Farming: This is the right time for sowing early varieties of potatoes, in which districts of Maharashtra it is cultivated. Know from where did potatoes come to India.

In the production of potato, the king of vegetables, Uttar Pradesh is at number one. But Maharashtra is also no less in this matter. Potato farming is done on a large scale in Pune, Satara, Nashik, Ahmednagar, Beed, Aurangabad and Nagpur districts. Potatoes contain elements like potassium, carbohydrates, iron and sodium. Potatoes are widely used in many industries other than food.

The sowing of early varieties of potato crop starts from 15th September. Whereas normally it is sown by 15-25 October. Potato is a cold season crop. The average temperature of this crop is 16 to 21 degree Celsius. It is the second most grown crop after wheat, paddy and maize. According to agricultural scientists, potato originally came from Peru and because of its properties, it has spread all over the world. Let us know about its cultivation.

What kind of soil is needed for potatoes?

Potato can be grown well in medium to light alluvial soil. The soil should be well drained. The ground level should be between 6 to 8. The tillage of the field should be 20 to 25 cm. The land should be fertilized by giving two to three shifts by spreading 50 carts of well-rotted manure per hectare in the soil.

The seeds should be of good quality. 15 to 20 quintals of seed per hectare is sufficient for sowing. Before sowing, soak the seeds Captan 30 gm and Baviston 10 gm in 10 ltr water for 5 minutes and then plant.

Also read: The contribution of farmers of Maharashtra is not less in cashew cultivation, there is a ban in these districts.yield on

Sushil Modi told Narendra Modi the first leader to become PM from CM, but these leaders are also included in the list