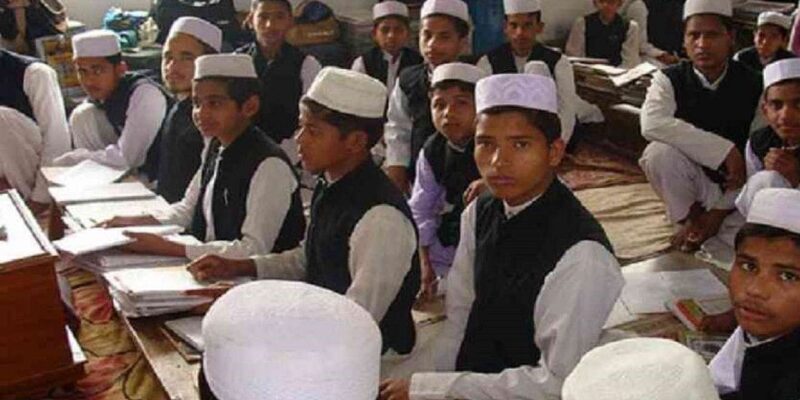 Now maths, science will be taught in madrasas too

The Yogi Adityanath government of Uttar Pradesh (CM Yogi Aditya Nath) has taken an important decision to modernize the education of madrassas. Under this decision, now the Uttar Pradesh Madrasa Education Council (UP Madarsa SyllabusThe study of History, Civics, Mathematics and Science has also been made compulsory. These subjects have been made compulsory in all classes from class 1 to 12 in madrasas and will be implemented from the next academic session. In fact, till now Urdu, Hindi and English were compulsory subjects in madrassas, but after the introduction of new subjects, now a total of seven subjects will be compulsory. Madrasa Board will get its education done from NCERT books as per CBSE syllabus.

Several important proposals were approved in the first meeting of the newly formed Uttar Pradesh Madrasa Education Council held on Tuesday. In the meeting of Madrasa Board chaired by Dr. Iftikhar Ahmed Javed, it was decided that History of India, Civics, Tathaniya (Primary), Faukania (Junior High School), Munshi/Maulvi (High School) and Alim (Intermediate) and Elementary Mathematics subjects In Elementary Mathematics subject will be taught compulsorily. In fact, till now these subjects were only optional in madrasas. In the meeting, it was decided to conduct the examinations of Kamil (Graduate) and Fazil (Masters) from October 25 to 30.

On the other hand, Madrasa Board registrar RP Singh said that in the board meeting, it has been decided to outsource the recruitment of employees on the vacant posts of class III and IV and the posts of class III will be outsourced till regular appointment is made. Along with this, instructions were also given in the meeting to expedite the work of verification of degrees for making passports.

The functioning of the Madrasa Board is now going to be more transparent and modern. Under this, all the work of the board will be done online and for this an IT cell will be formed. Not only this, the process of digitizing the old records of the Madrasa Board will also start here. Therefore, students and girls studying in madrassas will not have to make rounds of the madrasa board for small tasks and facilities will be available online. Singh says that after going online, e-office will also be started in future.

ICSI CS June Result 2021: Result of CS June exam will be released today, you will be able to check like this