UP: Illegal glue furnaces are blazing for years, villagers are troubled by pollution and disease, people are preparing to speak about the issue 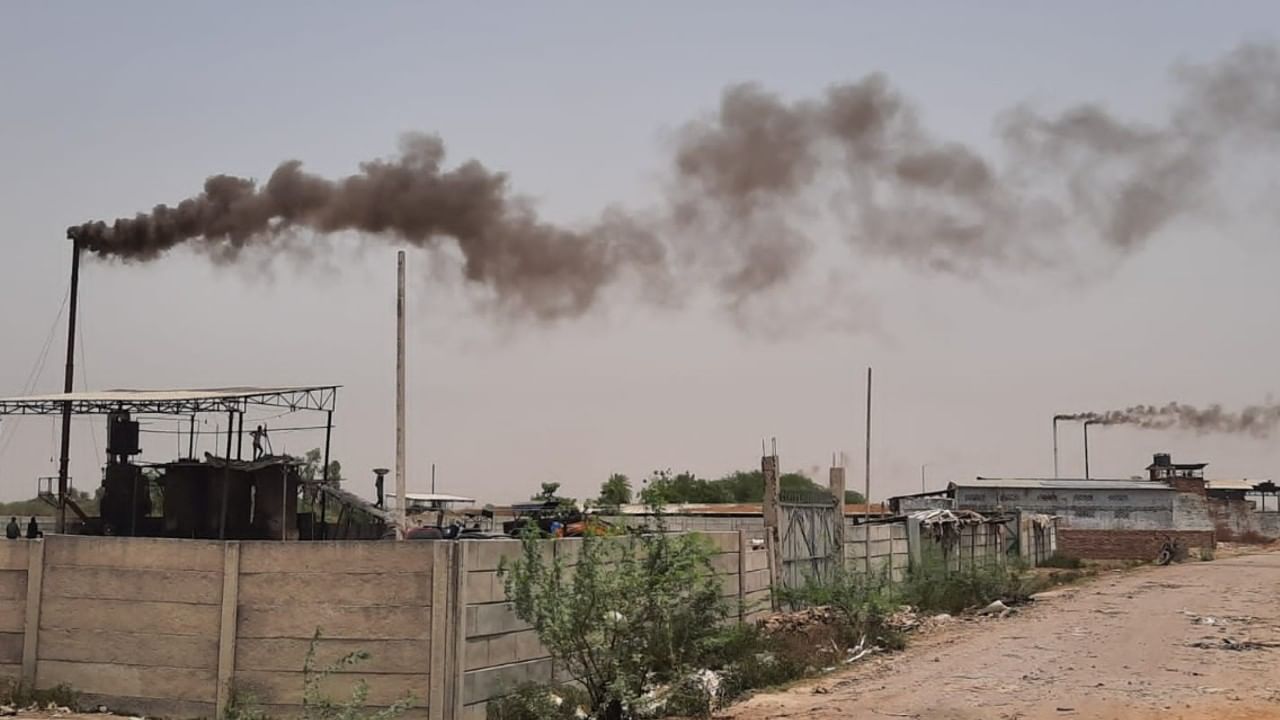 The air pollution from these furnaces is increasing rapidly and the foul smell of leather has made it difficult to breathe. Illegal glue furnaces have been burning for many years near Dakari village. Smoke is spewing day and night.

Unnao (UnnaoIllegal leather factories are running indiscriminately and flourishing. Poisonous smoke coming out of factories is dissolving poison in the environment. Factories Leather factory by putting up big chimneys (Leather Factory) all the smoke is being released directly without filtering. Due to which the people of the surrounding villages are falling ill. People are having trouble in breathing. In this way, many new diseases are also flourishing. Despite giving information to the top administration many times, only action has been taken against these factories, but the factory people are not taking the name of improvement. Dozens of glue furnaces are spewing poisonous smoke. Due to which the people of about a dozen villages are suffering and are suffering from various diseases. On the other hand, Jal Shakti Minister Swatantra Dev Singh (Swatantra Dev Singh) has a tour of Unnao. The villagers will talk to the minister about their problem.

About a dozen illegal glue furnaces are running indiscriminately under the Ganga Ghat police station area of ​​Unnao. Leather is boiled in glue furnaces and the poisonous smoke of leather affects the air. Due to which air pollution is increasing rapidly in the area and the foul smell of leather has made it difficult to breathe. Illegal glue furnaces have been burning for many years near Dakari village. Smoke is spewing day and night. Due to the furnaces, people of more than a dozen villages including Dakari, Tribhuvan Kheda, Lakhapur, Turkia Badarka, Ramganj, Papariya, Karmi, Bijlamau, Baburia, Sipahin Kheda, Mansha Kheda, Rajwa Kheda, Lochan Kheda have been plagued by toxic fumes. .


Villagers are getting troubled by serious diseases

The villagers living in these villages are facing difficulty in breathing. While sleeping at night, people are compelled to apply masks on their mouths. Dakari resident Komal Singh told that when he wakes up in the morning, black sludge comes out of his mouth. Many people have fallen prey to serious diseases. Jal Shakti Minister Swatantra Dev Singh is coming to inspect the STP plant just near the glue furnaces. Villagers told that we are suffering due to poisonous smoke from furnaces for years. We will appeal to them to get rid of them.