UP: Environmentalists worried about the return of migratory birds, the threat of life and infection from the Russo-Ukraine war 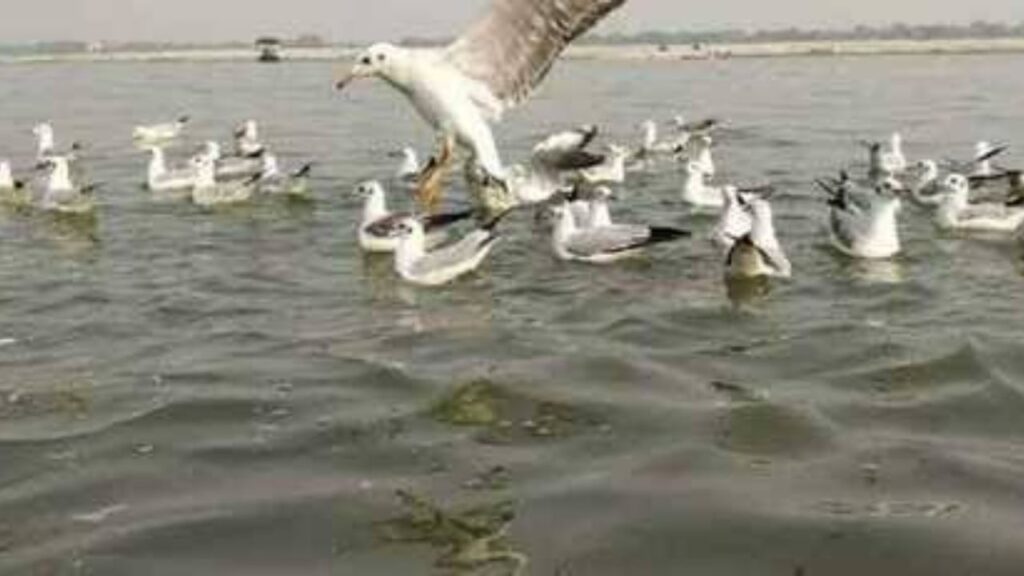 These days the environment of Ukraine has become very toxic due to bomb blasts. There the radiation has also increased a lot, in such a situation it is finding it very difficult for the birds to survive there.

The return of birds to colder countries has raised concerns among environmentalists and bird lovers. (Photo Source- Dharmendra Rajput)

Birds from other countries during winter season (Migratory Bird) come to India. As soon as the summer season starts, they start returning to their countries. The return of birds that migrate to colder countries has prompted environmentalists (Environment Expert) and has increased the concerns of bird lovers. especially Ukraine (UkraineConcern about birds going to different provinces of Soviet Russia has increased a lot. Environmental experts believe that the atmosphere of Soviet countries has become poisonous due to the horrors of war. There the radiation has also increased a lot, due to which the migratory birds coming prey will spread the infection to the birds of India.

With the onset of summers in India, birds migrate to colder regions and return at the beginning of winter. Exotic birds migrate to different reservoirs, lakes and rivers of the district, including Nagariya Lake in Mailani range of Dudhwa Tiger Reserve buffer zone and Jhadital of Kishanpur Sanctuary. A large number of birds from the cold countries of Central Asia and Europe come and live here. The European countries from which these birds come include many countries of the Soviet Republic including Ukraine.

Ukraine’s environment is poisonous to birds

With the change of season in India, the return of these birds also starts. These days the environment of Ukraine has become very toxic due to bomb blasts. There the radiation has also increased a lot, in such a situation it is finding it very difficult for the birds to survive there. According to environmental experts, the situation in Ukraine and the way the atmosphere has become toxic, it is harmful for humans as well as birds. The environment of Ukraine is not only having a bad effect on the health of human beings, even small birds are not safe from it.

Dr. Daya Shankar, Veterinarian of Dudhwa National Park, local bird lovers Vinod Goyal, Jai Goel, Harikishan Aggarwal and all the people are praying for the safe return of these birds next year. According to the news, migratory birds breed in the Terai during their migration for about four months and give birth to babies. When their chicks become capable of flying, then these birds take them along and leave for their homeland. All these children grow up and migrate to the Terai water bodies again the next year. Environmental lovers are concerned about the fact that it will be difficult for these little birds to come back here. There is also concern that the birds that survive may also get infected due to radiation. Next year these birds will come to India and spread the infection. Because of this, other birds of the lowland will also not be able to live without being affected.