The budget of the house may deteriorate, the prices of wheat may increase, know why?

Trump called the 2020 presidential election a big fraud, said- US constitution should be dissolved

It is not necessary that the right students should be selected from CLAT, said CJI on the entrance exam of Best Law University 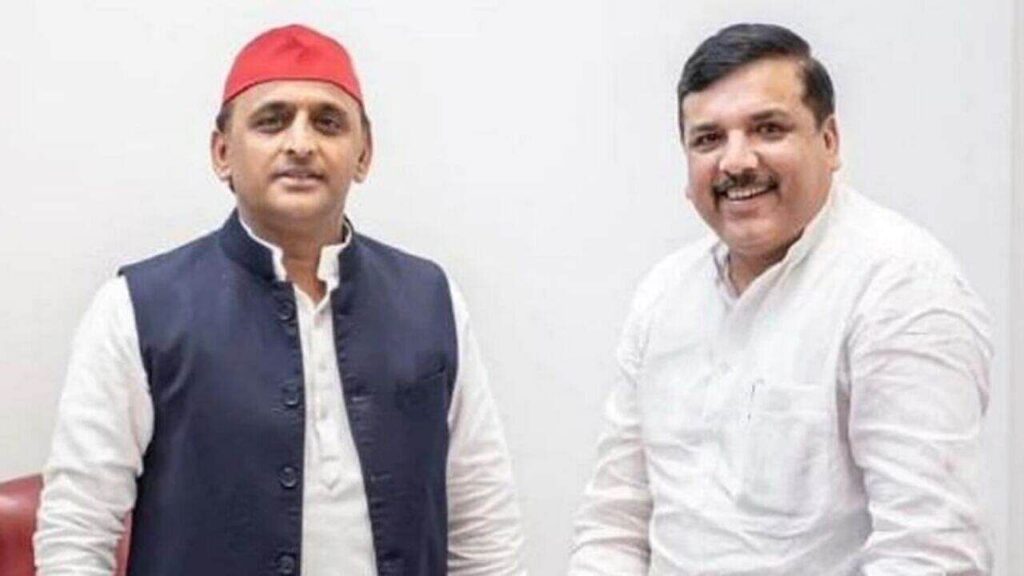 Before the upcoming Uttar Pradesh elections (UP Assembly Election 2022), the Samajwadi Party is joining all the smaller parties one by one. The alliance of SP with Rashtriya Lok Dal (RLD) is fixed. Which is yet to be officially announced. On the other hand, today (Wednesday) SP President Akhilesh Yadav also met Aam Aadmi Party (AAP) Rajya Sabha MP Sanjay Singh (Sanjay Singh). Talks took place between the two regarding the alliance.

MP and AAP’s Uttar Pradesh in-charge Sanjay Singh reached the Lohia Trust office of the Samajwadi Party. Where he met Akhilesh Yadav. After this conversation that lasted for about an hour, Sanjay said that talks have taken place regarding the alliance in the upcoming elections. However, nothing has been decided yet regarding the distribution of seats. After the meeting, Sanjay Singh said that there was a strategic discussion on common issues to free Uttar Pradesh from the BJP. If the talks about the alliance are decided then information will be given. There is no talk about seats yet.

I met Akhilesh Yadav. Strategic discussion took place on common issues to free Uttar Pradesh from BJP. If the talks regarding the alliance are decided then information will be given. No talk on seats yet: Sanjay Singh, AAP leader, Lucknow on SP-AAP alliance in Uttar Pradesh elections pic.twitter.com/llPS2LX88s

RLD-SP alliance may be announced today

The benefit of the farmers’ movement through Jayant was given to the SP.

Political experts are convinced that due to the farmers’ movement, the BJP may suffer in western Uttar Pradesh. However, there are still many questions on who will get the benefit of this. Akhilesh Yadav and Jayant Chaudhary have made preparations to take full advantage of this loss of BJP. Jayant Chaudhary’s party is considered to have influence in 13 districts of western UP. If this alliance is successful in garnering votes, then the road for BJP can be really difficult.

Also read: UP Board Exam 2022 Date: UP Board exam will be held after Uttar Pradesh assembly elections, here is the latest update

Also read: “If you pull our flag, we will scratch your badges”, Samajwadi Party councilor threatens the inspector, video goes viral

The budget of the house may deteriorate, the prices of wheat may increase, know why?

Trump called the 2020 presidential election a big fraud, said- US constitution should be dissolved

It is not necessary that the right students should be selected from CLAT, said CJI on the entrance exam of Best Law University

While inaugurating the first academic session of ‘India International University of Legal Education and Research,…