UP: Bus full of devotees of Delhi collided with truck on Yamuna Expressway, three killed on the spot in a horrific collision; a dozen injured 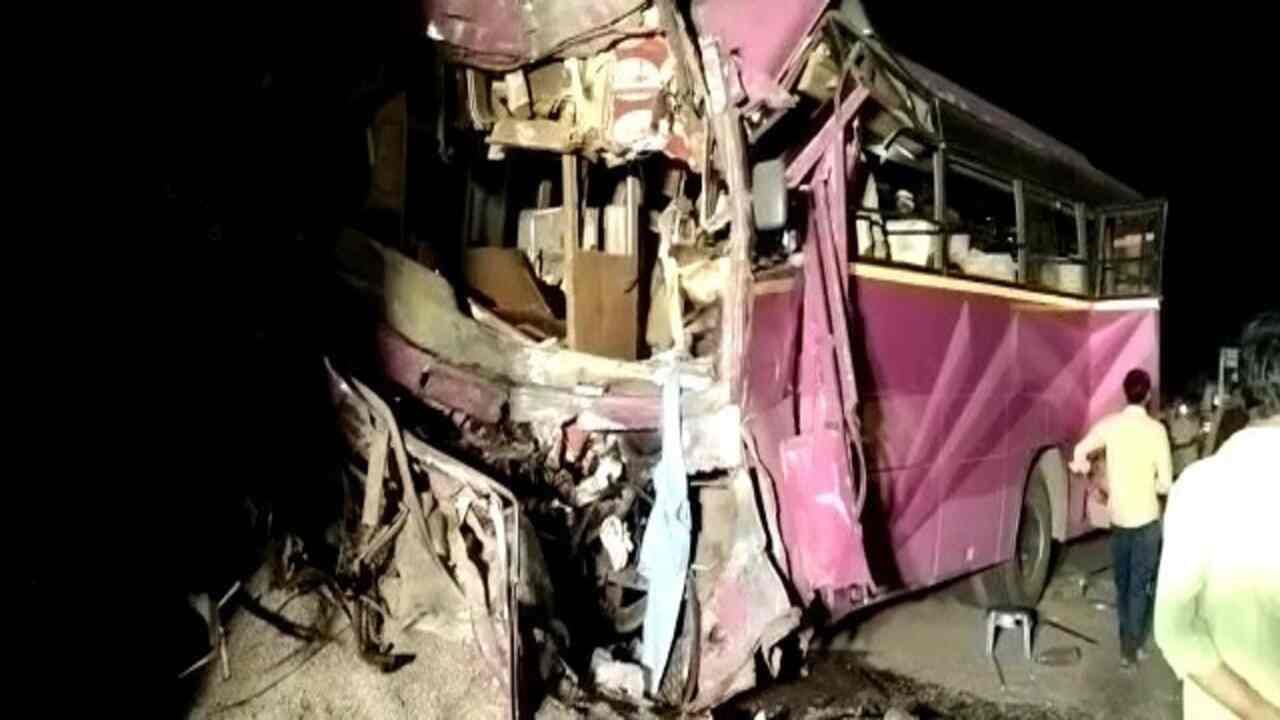 Three people died on the spot in a fierce collision between a bus and a truck.

Devotee Thakur was returning to Delhi after seeing Banke Bihari. Meanwhile, the bus collided with a truck going ahead on the Yamuna Expressway in Mathura. The collision was so severe that three people died on the spot.

Accidents continue on Yamuna Expressway in Mathura (Road Accident on Yamuna Express Way). While the incident of accident is coming to the fore on one side, many people are also dying in frequent accidents. The latest case was seen on Tuesday night. Where a bus full of devotees of Delhi collided with a large overloaded truck from the soil in front, in which 3 devotees died on the spot and dozens of people were badly injured.Bus passengers Collide with Truck, Cutter had to be used to remove the dead bodies and the injured, then all were pulled out one by one, after which all the injured were admitted to nearby hospitals.

Let us tell you that late on Tuesday night, a bus full of devotees was going from Vrindavan to Delhi where it boarded the express near Bajna bridge ticket and collided with the ballast-laden truck moving ahead on Yamuna Expressway and in the bus. All the passengers aboard were badly injured, in which 3 devotees died on the spot and more than 32 were injured. On getting information about the incident, the police reached the spot and tried hard to get the devotees out of the bus, but the bus was badly damaged due to which the police personnel had to resort to cutters to evacuate the devotees.

The ballast-laden truck was moving slowly, when the bus collided

The bus was cut and everyone pulled out one by one, after which all the injured were admitted to nearby hospitals. It is being told that the truck was moving slowly at Milestone 66 of Nohjheel police station area where it collided with a bus full of devotees and the devotees died. Thakur was going from Brindavan to his home Delhi after seeing Banke Bihari in a bus full of devotees. While giving more information about this, SP Dehat Shri Shachand said that a truck full of ballast was moving very slowly on the expressway in the night.

Meanwhile, a bus full of devotees was going towards Shahdara area of ​​Delhi, after visiting several temples of Vrindavan, but it collided ahead on Yamuna Expressway. In which three people died and many were injured.