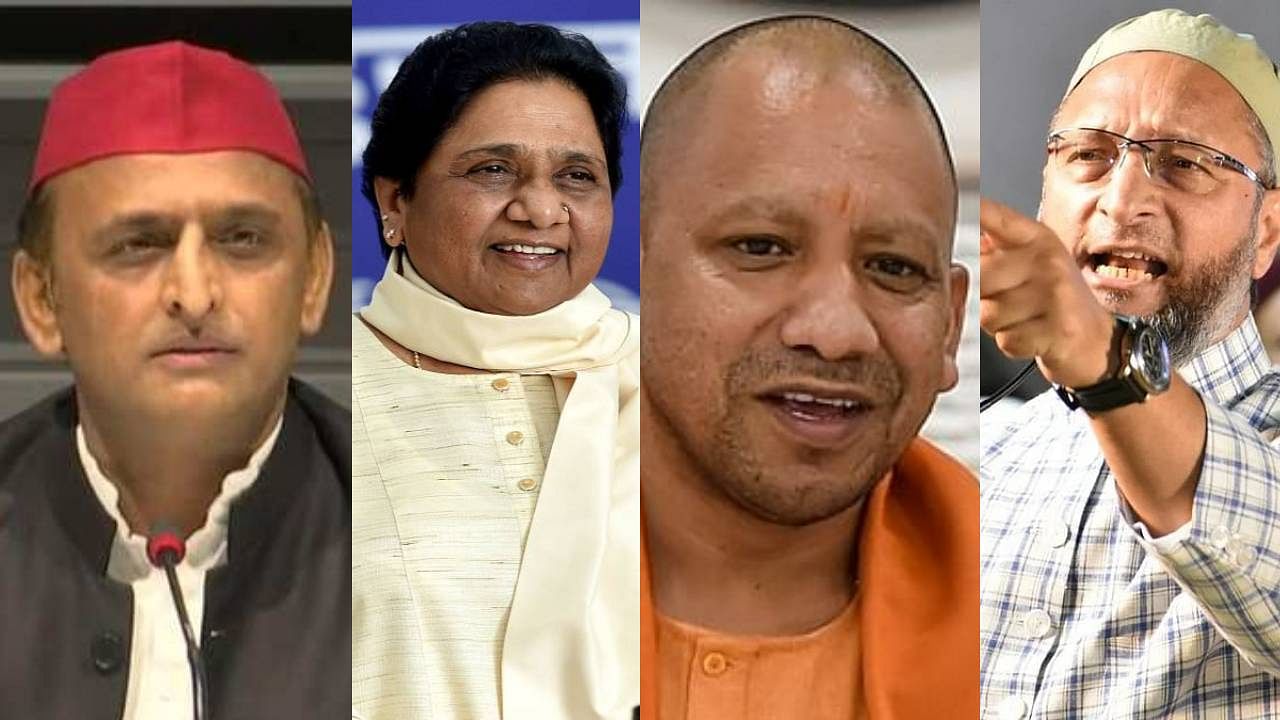 The BJP gave a chance to the OBC MPs of UP through the exercise of expansion in the Union Council of Ministers. An attempt has been made to send a message to the OBC section by giving the responsibility of ministerial post to many faces including SP Baghel Anupriya Patel.

All the parties geared up for the Uttar Pradesh assembly elections.

UP Assembly Elections (UP Assembly ElectionThe wind is strong about Brahmin politics. From SP to BSP to Congress, the Brahmins are trying to tie strings. In Ayodhya, Owaisi was also seen trying to woo Brahmins on the pretext of Ashfaq Ullah and Ramprasad Bismil. In the politics of UP, it is also said that wherever the Brahmin walked, he got the throne.

But it is not possible to make a place in the right side of the assembly on the basis of Brahmins alone. So all eyes are on everyone and if we look at the electoral history of UP, then OBC vote bank has been decisive in forming the government. SP and BSP have tasted power many times on the basis of this. BJP has taken the initiative to get closer to the OBC vote bank.

The BJP gave a chance to the OBC MPs of UP through the exercise of expansion in the Union Council of Ministers. An attempt has been made to send a message to the OBC section by giving the responsibility of ministerial post to many faces including SP Baghel Anupriya Patel. Through Jan Ashirwad Yatra, these leaders also roamed in their area, which also helped in creating an atmosphere among the OBC sections. The party is also keeping Sanjay Nishad tight. The central leadership of the party talks directly to Sanjay Nishad and similar is the jugalbandi with Prakash Rajbhar. Even though Rajbhar drinks water and curses BJP, but keeping in view the future equation, he remains completely silent on Rajbhar’s statements.

In the 2014 and 2019 Lok Sabha and 2017 assembly elections, the BJP came to power with the help of OBC votes. In such a situation, BJP is serious about OBC votes. In view of this, the central government has announced to give 27 percent reservation to OBCs in NEET, which BJP is trying to capitalize on in the UP elections. At the same time, BJP is taking a soft stand regarding conducting caste census of other castes including OBC. However, it is not yet completely clear whether there will be a caste census or not.

The constitutional amendment giving the states the right to include OBC castes has been prepared as a law. With this, preparations have also been started to include all castes in OBC in UP. Before the UP elections, the Yogi government can further strengthen the vote bank of BJP by including 39 new castes of the state in the list of OBCs.

In the meeting of the UP State Backward Classes Commission, discussion has been held to include 39 castes in the OBC category. The commission is considering sending a recommendation in this regard to the Uttar Pradesh government, after which the right to grant backward class status to these castes will depend on the state government. At present 79 castes are included in the list of OBCs in UP. A total of 70 castes have reported to the commission for inclusion in OBC, out of which 39 castes have been selected for consideration of the reports on the basis of standards. With this, the OBC community will become even bigger.

There has always been a tussle in UP over OBC votes.

Every party in UP has been staking its claim regarding the OBC vote, but the reality is that the OBC section keeps turning to any side. The SP has a strong hold on the Yadav community in the OBCs, it is well known. But no election can be won on the basis of Yadavs alone. This SP also knows very well, so SP has now again started the old exercise in which special focus is on wooing non-Yadav and backward castes. After two elections, these castes have shifted from SP to BJP. Now SP is trying to bring them back. Akhilesh Yadav has started giving special attention to the leaders of non-Yadav castes under this strategy. Leaders of castes like Nishad, Kurmi, Saini, Shakya, Kushwaha Kashyap etc. are being mobilized and brought together.

Rajbhar and Nishad are also mobilized

Rajbhar and Nishads dominate in eastern Uttar Pradesh and in such a situation, Sanjay Nishad’s party is with BJP. At the same time, OP Rajbhar is still with Owaisi. Although there is a discussion inside that both Sanjay Nishad and Rajbhar are in touch with SP too. In such a situation, now it will be very difficult to speculate that on whose side the Rajbhar and Nishad votes shift.

Also read- 2,097 employees died due to corona while on duty in UP Panchayat elections, 95 percent teachers included in those who died

West Bengal: Hearing on the appeal against the order of CBI inquiry in the West Bengal violence case will be held on September 20