UP Assembly Election 2022: BJP preparing report card of MLAs’ work, they will get a confirmed ticket 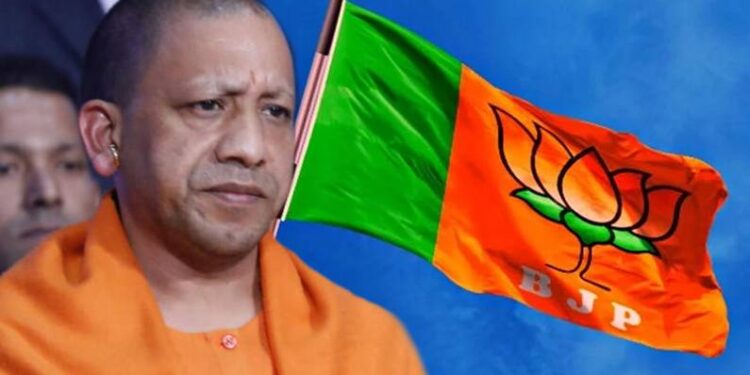 According to the information, the performance report of MLAs will be prepared in three categories. These will be Excellent, Good and Average.

BJP is preparing the report card of MLAs for the Uttar Pradesh assembly elections.

BJP is starting its preparations for the 2022 assembly elections to be held in Uttar Pradesh. The party wants to come back to power in UP in 2022. For this, the party has started making electoral strategies. Legislators are the most important link to come to power. That is why the central leadership is preparing the report card of the MLAs. Which MLAs will get the ticket again and whose address will be clear, it will all be decided on the basis of the report card. According to the performance, the party will distribute tickets to the MLAs.

According to media reports, BJP will check the performance of MLAs in UP at the ground level. BJP will take ground report from district level to booth level. The feedback of the organization will be taken, along with it private agencies will also investigate them.

Performance report will be divided into three sections

The BJP is more interested in the reports of the existing MLAs than in making new candidates. According to the information, the performance report of MLAs will be prepared in three categories. These will be Excellent, Good and Average. The MLAs whose performance will be excellent will be entitled to get the ticket again. With this, the party can give big responsibility to such MLAs in the coming elections. Those whose performance report will be good are also likely to get tickets. But the sword is hanging on the MLAs who come in the average category of performance. The party will warn such MLAs that they should reach the government’s schemes to the public in the next six months and improve their image. If he is not able to improve his image during this time, then the party will cut the ticket of such MLAs. According to sources, this report can come by August.

no good result in panchayat elections

Recently the Uttar Pradesh Panchayat elections have been completed. BJP is worried after seeing the result of this election. The BJP was not as successful in capturing the Zilla Panchayat seats as it was expected. Perhaps that is why the party’s organization general secretary BL Santosh visited the state for three days on Sunday and spoke to party leaders and ministers.

Also read- ‘Government fighting over blue tick, public will have to arrange for vaccine themselves’, Rahul Gandhi’s taunt at the Center

Also read- ‘I will give credit of doorstep ration scheme to PM Modi’, appeal of Delhi CM – please do not stop