UP: Accident in different ghats of Bareilly on Buddha Purnima, three children went to bathe Ram drowned in Ganga, bodies of two recovered – search for one continues for 48 hours 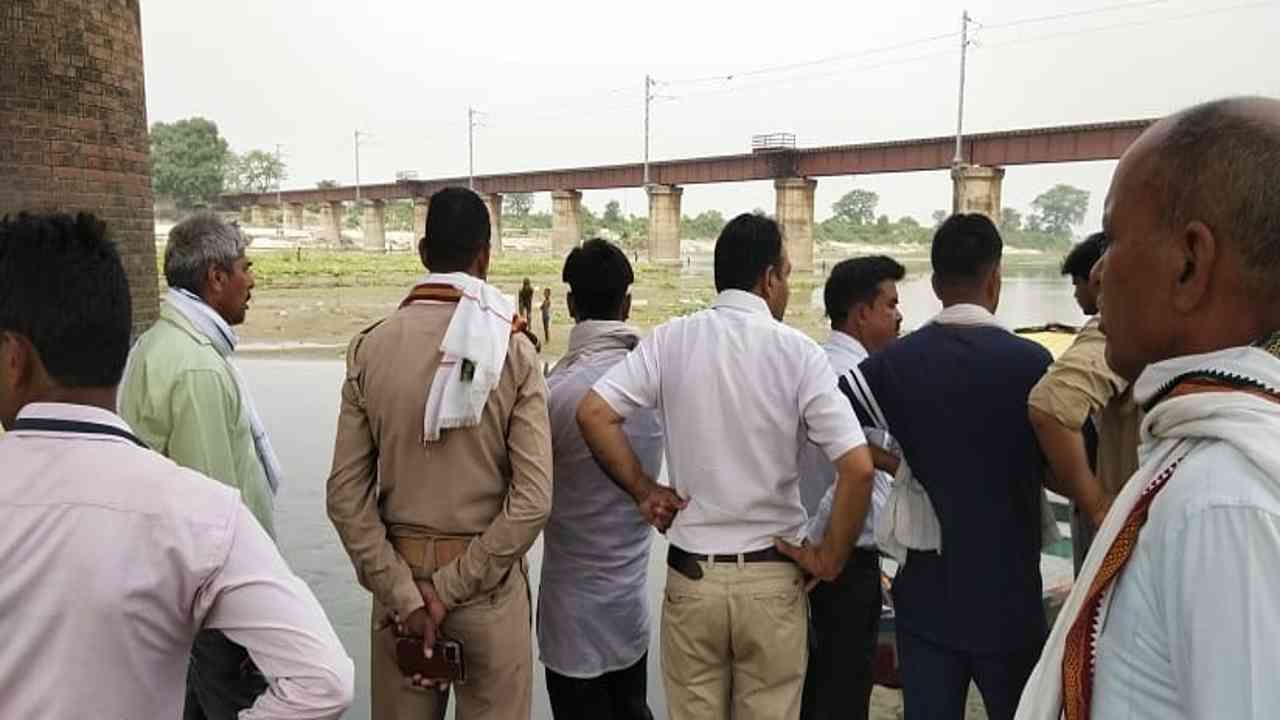 On Buddha Purnima, a case of drowning of three children has come to light at Chaubari Ghat in Bareilly, UP. The bodies of two children have been recovered after a 24-hour search operation. At the same time, divers have been engaged in search of a child for 48 hours.

Bareilly of UP on Buddha PurnimabareillyA case of drowning of three children has come to the fore at Chaubari Ghat. It is being told that the boy who went to the aarti immersion in the Ramganga river drowned in the strong current and on the other hand, a 10-year-old child who went to the bath with his mother also went towards the deep pit and drowned. Divers have recovered the bodies of both the boys. At the same time, the boy who went to take bath at Chaubari Ghat is still missing. Police is engaged in search with 4-5 divers.

Actually, Vijendra, who lives near Mathia of Faridpur Mohalla, died of the disease a few days ago. It is being told that on the evening of May 16, his innocent son Ravi (15 years) had gone along with his relatives for aarti immersion in the Ramganga river. Ravi got caught in the fast water flow of the river and on this information, he was bathing in the river and there was panic among the people. Police reached the information and recovered Ravi’s body after 24 hours of search with the help of divers.

Death of a child who went to bathe with his mother

At the same time, the second accident is from the Health Nagar police station area. Manish (10 years), a resident of Mohalla Maninath, went to take a bath in Ram Ganga at Chaubari Ghat on the morning of 16 May with his mother. Meanwhile, the boy Manish went towards the deep pit. Suddenly he drowned. Seeing the son drowning, the mother started crying. The people around gathered. On information, the police reached with a team of divers. The child was pulled out after an hour-long search operation. He was rushed to the district hospital by ambulance, where doctors declared the children dead.

Missing for 48 hours, divers are searching

The third accident happened in Sahajanpur village of Faridpur. Yogesh Pandey, a class 6 student residing here, had gone to the Chaubari Ghat of the Ramganga river to take a bath on the morning of 16 May. While taking bath, Ramganga drowned in the river. When Yogesh Pandey’s grandmother came to know about the incident, she informed the police. Police immediately reached the spot and called divers. Divers have been searching for the missing child for nearly 48 hours. So far no trace of the child has been found.

What does the police say?

According to Health Nagar police station area inspector Sunil Ehrawat, three children had gone to the river on May 16 at different ghats. Out of which two have died. But nothing has been known of a child yet. A team of divers is engaged to find the child.