Unseasonal rain became a boon for farmers, pulses and other crops got food 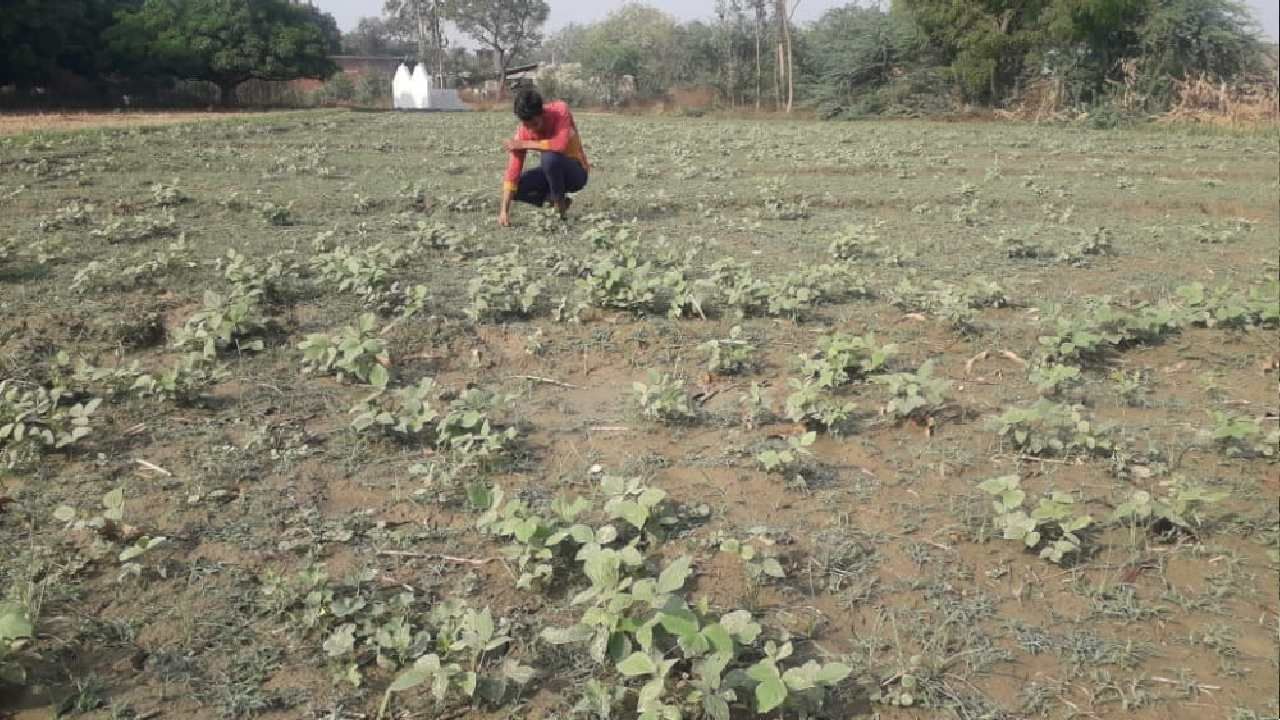 Farmer looking at the fields soaked after rain in Unnao

Due to this unseasonal rain, where the common people have got relief. At the same time, this rain has also proved beneficial for the farmers. On one side, where the standing crop in the field has got a dose of rain. The fields lying there have also got wet. Agricultural scientists say that at this time farmers can also prepare their vacant fields.

The weather of North India has taken a turn these days. Under which the clouds have been raining relief for the past few days, breaking the heat of summer. That is, it has rained in the major cities of North India. Due to this rain, where the common people troubled by the heat have got great relief. So right there this unseasonal rain farmers (Farmer’s) has also become a boon. This unseasonal rain has proved to be beneficial especially for those farmers, who are currently engaged in pulses (pulses).Pulses) including other crops have been cultivated. Overall, this rain has brought back a smile on the faces of the farmers. There itself Pulses And other crops have also got a new dose. Let us understand how this unseasonal rain has brought relief to the farmers and how this rain has proved to be a boon for pulses and other crops.

Sun-drying crops got new life due to rain

In fact, the farmers of Unnao were using irrigation in the past to save pulses and other crops from the scorching heat. For which farmers had to spend expensive diesel. At the same time, many farmers of Unnao were engaged in arranging for irrigation with diesel, but the rain made the path of such farmers easy. Due to which the farmers have also got relief from the expenditure on diesel. Farmers Ramnaresh and Kallu Singh of Rasulpur in Unnao, Chaman Singh of Unchagaon tell that they have irrigated their pulses and other crops 3 times so far. For which they have to spend thousands of rupees, but even after this the crops started drying up. In such a situation, there was a plan to irrigate soon, but this rain has given great relief. In fact, other crops including pulses are cultivated on a large scale in Unnao. Under which these days farmers have sown crops of jowar, maize, urad, green fodder and other pulses.

Farmers are happy about the unseasonal rains. Farmers are considering this rain as a big relief for the crops. At the same time, agricultural scientists say that this rain is also beneficial for those farmers, who have left their fields empty during this period. Dr. Dheeraj Tiwari, scientist of Hasanganj Krishi Vigyan Kendra Dhaura, says that due to the scorching heat, the crops of urad, jowar, maize and other pulses were drying up. Due to rains, crops have got new energy and farmers have got relief. He said that the farmers whose fields are lying vacant. Now he can prepare his field by plowing in a good way.