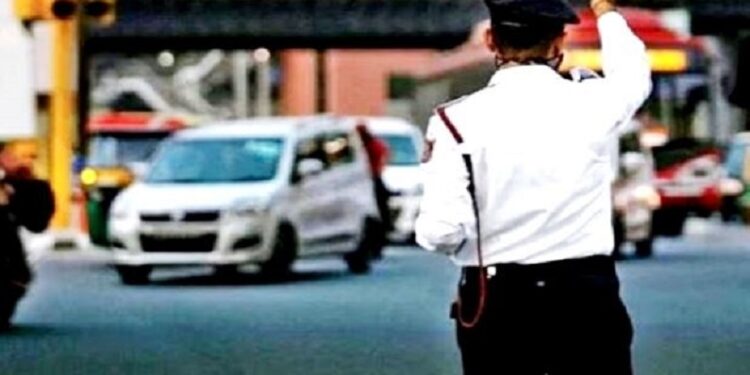 After the vehicular movement was banned for more than a month after the lockdown opened, Delhi witnessed traffic jams on the very first day of the unlock.

After the relaxation of the lockdown restrictions in the capital Delhi, vehicles were seen crawling on many roads on Monday. At present, a senior official of Delhi Traffic Police said that the traffic on the roads is going smoothly. Had been. Several people shared photos and videos of long queues of vehicles on the streets on Twitter and other social media platforms.

The police officer said that the traffic on the roads was more today as compared to other days. But the situation was under control. He said that traffic was running smoothly at most places in the city. At present, when the employees working from home start going to the office, then the traffic will increase further.

After the lockdown opens, there will be a traffic jam on the roads

Tattoo artist Ankit Prakash said that the traffic increased marginally on Monday. Prakash said that I used to go to the hospital during the lockdown to see a relative admitted in the hospital. At the same time, due to the opening of the lockdown, the markets have opened today. Because of this people have to come out of their homes and traffic has increased. At present, the situation on the roads of Delhi is still under control. But the traffic will definitely increase in the coming days.

The situation worsened due to increase in temperature

Traveler Dr Gayatri said that it has taken him more time today than during the lockdown days to reach Maulana Azad Medical College located in Central Delhi from South Delhi. At the same time, some people told that due to the increase in temperature in Delhi, the situation has worsened.

The Delhi government allowed neighborhood shops, including liquor shops, to function. Along with this, shops like cinema, theatres, restaurants (except home delivery and takeaway), bars, gyms, spas, barber shops, salons and beauty parlors will remain closed till further orders.

read this also: Threat to the life of wrestler Sushil Kumar lodged in Tihar Jail, gangster was shifted, security increased

read this also: Delhi: Kanta Prasad returns to ‘Baba Ka Dhaba’, new restaurant closed due to Corona; Then forced to see the path of customers in the scorching sun