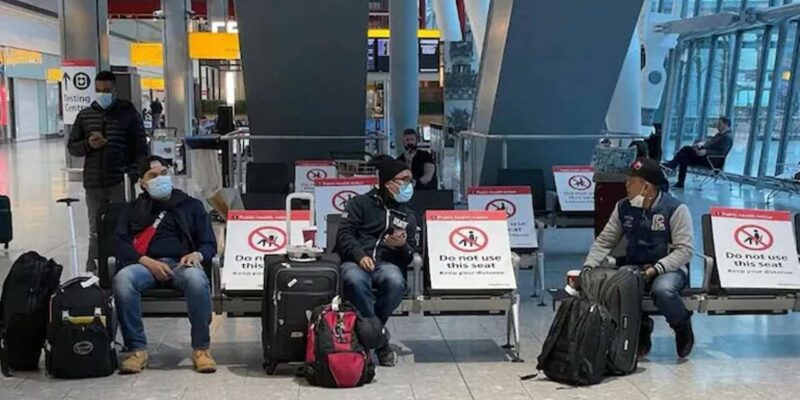 The Ministry of Health is going to issue new guidelines for British citizens coming from Britain. Because Britain has ordered a halt to mandatory testing and quarantine norms for people vaccinated from Kovidshield. Due to the travel restrictions and quarantine rules due to Corona infection, there were some ups and downs in the relationship between India and Britain. However, now under the pressure of India, Britain changed its rules.

Till now fully vaccinated Indians had to stay in quarantine for 10 days. But now Indian people who have taken both the doses of corona vaccine, they will not have to be quarantined after traveling to the UK. High Commissioner Alex Ellis himself gave this information. Earlier, in view of Britain’s Corona travel rules, India also issued new travel rules for UK citizens.

Corona test was made necessary for British citizens

It was said in the new rules that even after taking the vaccine, British citizens will have to undergo a corona test. Apart from this, it will also be mandatory to stay in Quarantine after coming to India. These rules came into effect from 4 October, which were for all British citizens coming from the UK. Under these new rules, British citizens also had to stay in home quarantine upon their arrival in India. Whatever vaccine was given to a British citizen, but for them RTPCR test was made necessary.

read this also: Fake manuscript in the document filed in the Supreme Court in Sabarimala case! The top institution of the temple will investigate

Tere Bina Jiya Jane Na: Actor Avinesh Rekhi reduced his weight by 13 kg for his new serial, know what was his diet plan

The mention of the world’s first love letter is found in India, when Rukmani wrote a love letter to Krishna