Two plus two talks will soon be held between India and America, these issues can be discussed including Indo-Pacific, Ukraine war 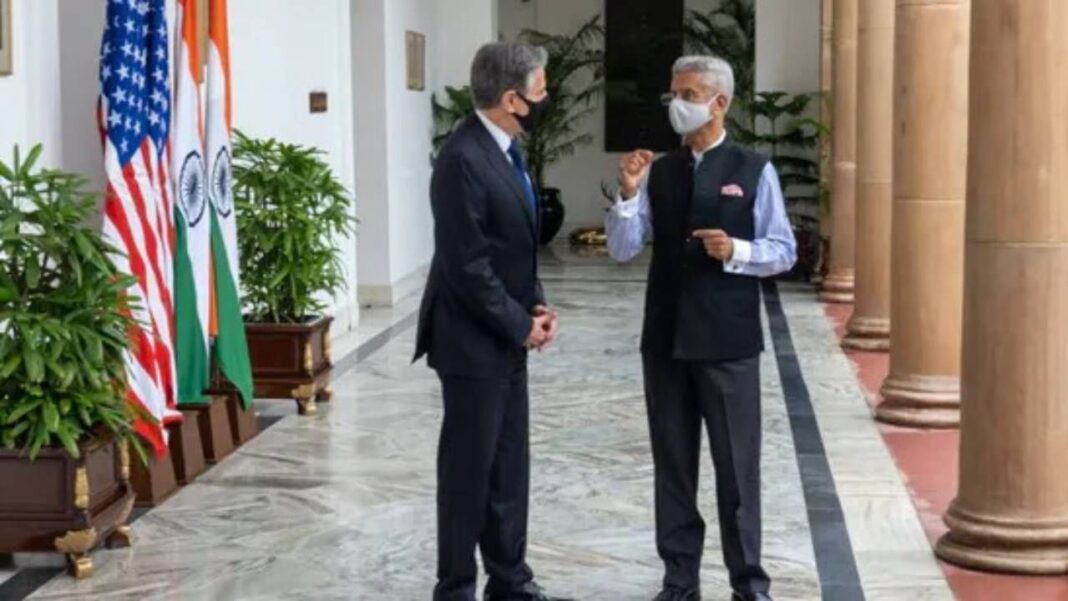 During the two-plus-two talks, US Secretary of State Antony Blinken and Defense Secretary Lloyd Austin are expected to share the US assessment of the Ukraine war.

Defense Minister Rajnath Singh amid ongoing Russian invasion of Ukraine (Rajnath Singh) and External Affairs Minister S Jaishankar (Eam Jaishankar) Will meet his American counterparts around April 11. During this time he will further strengthen defense and political ties, as well as exchange notes on Ukraine and Indo-Pacific theatres.President Joe Biden (Joe Biden) This will be the first dialogue between India and the US in a two-plus-two format since the capture of the White House. India has noted with concern the US public statements about New Delhi’s ‘unstable’ and ‘wrong side of history’.

The Narendra Modi government’s stand on Ukraine is quite clear as it has declared a complete end to violence, resolution of differences through dialogue and the territorial integrity of nation-states. During the telephonic conversation, PM Modi has told the same stance to Russian President Putin as well as Ukrainian President Volodymyr Zelensky. New Delhi also recalls the silence of EU countries, especially Germany, in criticizing China for the unilateral violation of the PLA on the Eastern Ladakh LAC in May 2020. The same EU countries are still chaste towards India over the Ukraine war. Still buying oil and gas from Russia.

During the two-plus-two talks, US Secretary of State Antony Blinken and Defense Secretary Lloyd Austin are expected to share the US assessment of the Ukraine war. The two sides will share assessments on the Indo-Pacific, with the Chinese Navy increasing day by day and the PLA stretching its legs to restore peace along the eastern Ladakh LAC. The fact is that the PLA is still fully deployed in the occupied Aksai Chin region with heavy weapons and long-range missiles in the deep regions of Xinjiang and Tibet.

India and the US will also enhance defense cooperation with the American F-18 deck-based fighter aircraft, which is being considered for the soon-to-be-commissioned aircraft carrier INS Vikrant. INS Attack in Goa in April-May of a two-engine multirole fighter jet The Rafale-M is expected to undergo ski jump trials in January this year. The Indian Navy is expected to procure at least 36 jets for INS Vikrant as the indigenous deck-based fighter. The plane is years away from being built.

The two sides will also discuss continuing regressive measures with the Taliban on Afghanistan and stricter implementation of Islamic laws keeping girls out of schools and women from jobs. Face-to-face with the Pakistani ISI-backed Haqqani network led by global terrorist Sirajuddin Haqqani. The political situation in Afghanistan remains grim with traditional Taliban leaders led by Mullah Yakub at the front.