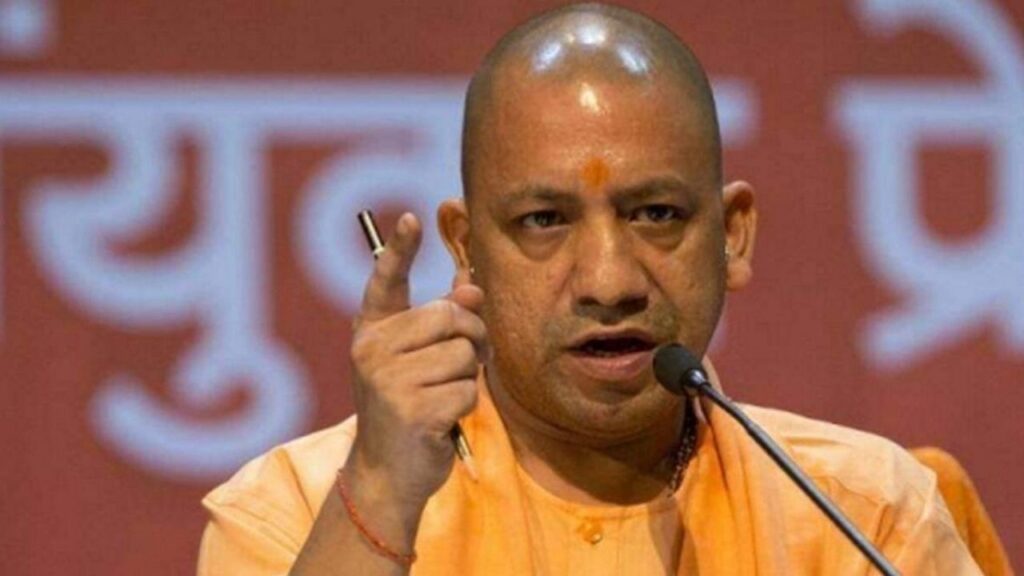 #TV9SattaSammelan: CM Yogi said, ‘Today girls go to school fearlessly. She is feeling safe. No one can touch him because he knows what will happen after that?’

The Chief Minister said that today the youth of Uttar Pradesh has been successful in making his mark. Today, if the youth of the state wants to prepare for any competitive examination, then Abhyudaya coaching has been started for him. It runs through both online and offline mode. An environment of learning has been created in the state. Earlier in Uttar Pradesh, no youth could get a job on the basis of merit. There was job bidding. But in the last four and a half years, about four lakh youth have been given our government jobs on the basis of merit.

More than 1 crore youth have been linked with private employment. By connecting the youth who could not do anything due to lack of money, they have worked to make thousands of youth self-reliant by connecting them with many different schemes. We are working to build medical colleges in every district. Earlier there were only 12 medical colleges. CM Yogi said, today girls go to school fearlessly. She is feeling safe. No one can touch him because he knows what will happen after that?

Chief Minister Yogi Adityanath said that it was the tradition of India that the daughter of the village is the daughter of everyone, the sister of the village is the sister of everyone. If this feeling was there today, then there would not be a time like the present. Somewhere it is falling short. But our government cannot run away from its responsibility, so Romeo Squad was formed as soon as the government came, started Mission Shakti. Establishment of women help desks in police stations. CCTV cameras were also installed. Its facility was made available in Tehsil also. A large number of women constables were also appointed. They go to the villages and listen to the grievances of women. Along with this, the schemes of the government also reach them.

Uttar Pradesh Chief Minister Yogi Adityanath made a big attack on the opposition. He said that some people do politics at the cost of security of the country and the people. Some people criminalized politics in the last few years. Which are the parties which have not made the mafia MLA or saved it? Their problem is why our government is taking action against these mafia. We had promised that we would work with zero tolerance and we did it.

Yogi said on Lakhimpur Kheri incident, every victim will get justice

On the Lakhimpur Kheri incident, UP Chief Minister Yogi Adityanath said that this incident is sad and unfortunate. Every victim will get justice. There is no concession from the government towards crime and criminals. For those for whom politics is the only means to get power, those people do cheap politics. We do politics for the development of all. We will not allow anyone to play with anyone’s safety.

Why did Akhilesh Yadav not distribute scholarships to OBC students?

Yogi Adityanath, the head of the state, said, why did Akhilesh Yadav not distribute scholarships to OBC students in 2016. Scholarships for SC students disappeared. Today the government is giving twice the scholarship as given by SP. An atmosphere of learning has been created within the state.

#TV9SattaSammelan: Owaisi said- Only united will be able to defeat BJP in UP, why don’t SP BSP talk to me? i am ready

#TV9SattaSammelan: Akhilesh Yadav won the hearts of the audience with witty answers, from vaccine to elections, gave funny answers to every question