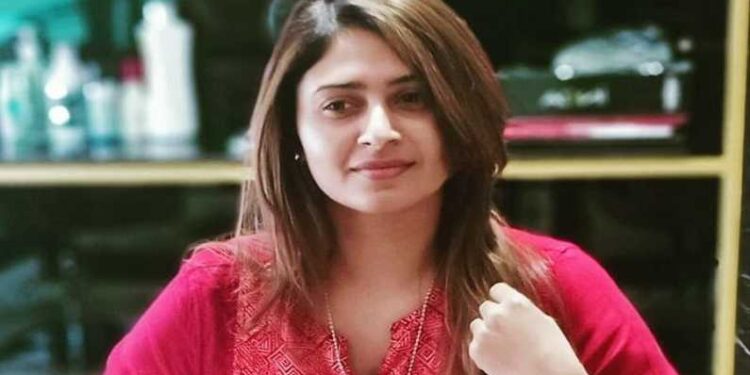 A case has been registered against Ayesha Sultana under section 124A of IPC (sedition) on the complaint of BJP’s Lakshadweep unit president C Abdul Khadar Haji.

The voices of protest have been echoing in the Union Territory of ‘Lakshadweep’ for the last few days. The reason for this is being attributed to the changes made by Praful Patel, the Administrator of the Union Territory. In such a situation, now the Lakshadweep Police has also registered a case of sedition against local resident and film activist Ayesha Sultana on Thursday. He is accused of describing Praful Patel as a bio-weapon being used by the Center on the people of the island.

A case has been registered against Ayesha Sultana at Kavaratti police station under section 124A of IPC (sedition) on the complaint of BJP’s Lakshadweep unit president C Abdul Khadar Haji. Khader’s complaint referred to a recent debate on Malayalam channel ‘MediaOne TV’ on controversial reforms underway in Lakshadweep, in which Ayesha had reportedly said that the Center was using Praful Patel as a ‘bio-weapon’ on the islands. Has been doing. This remark was opposed by the Lakshadweep unit of the BJP.

Ayesha has been at the fore against the proposed law

Ayesha has been at the forefront of campaigns against the reforms and the proposed law, which has taken Lakshadweep and Kerala by storm. However, Ayesha justified her statement by posting on Facebook that “I used the word bio-weapon in a TV channel debate. I have realized that Patel and his policies have acted as a bio-weapon. He said that due to Patel and his team, corona also spread in Lakshadweep.

With this, Ayesha has got the support of Lakshadweep literature promoter Sangam. He said it was not fair to portray him as a traitor. He had reacted against the inhuman attitude of the administrator. It was Patel’s intervention that made Lakshadweep a COVID affected area. The cultural community in Lakshadweep will stand with them,” said organization spokesperson K Bahir.

Also read: Congress will open a front today against the rising prices of petrol and diesel, will protest fiercely in front of petrol pumps