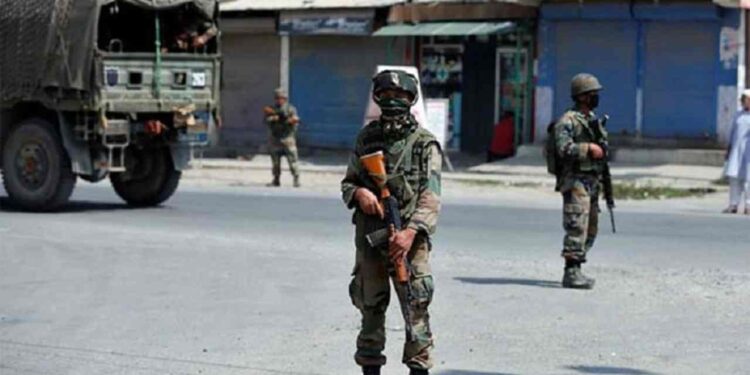 The directive referred to the Taliban occupation of Kabul last month, saying it could have “serious implications” on India’s security situation.

Security forces will be given training to deal with a threat like Taliban. (symbolic picture)

The central security establishment has asked border forces and armed police units deployed in the counter-terrorism grid to prepare and implement a new training curriculum to deal with threats such as the Taliban. In order to deal with the situation ‘arising’ after the Islamic militia took over Afghanistan. The directive referred to the Taliban occupation of Kabul last month, saying it could have “serious implications” on India’s security situation. It calls upon the ground forces and their intelligence to update their strategy and combat skills and prepare a curriculum to deal with the geopolitical situation arising in Central and South Asia and its impact on the Indian border and its interiors. do it.

A directive issued by the security establishment a few days ago has anticipated a scenario in which infiltration attempts from the border with Pakistan in the west and illegal entry of terrorists including foreign fighters from the open border on the eastern border may increase. Officials posted in central security forces and intelligence units have acknowledged that the Taliban’s capture of all provinces in Afghanistan last month, the withdrawal of US troops from Afghanistan 20 years after the 9/11 terrorist attacks of 2001, are creating new developments in the neighborhood. Huh.

BSF, SSB, CRPF and Police will be trained

A senior official said that at present, the training courses of Border Security Force (BSF), Sashastra Seema Bal (SSB) and Central Reserve Police Force (CRPF) and Jammu and Kashmir Police etc. include “changing conditions of border management”. Has gone. “It also includes information related to the Taliban, but it has not been updated,” the official said. This is incorporating authentic information from open source and confidential information received by us and focusing on developments in the last 20 years after the 9/11 attacks.

He said that a curriculum is being prepared for complete training on Taliban, intelligence and combat skills, its leadership and way of working. Along with this, the events happening in that country and the activities of the area are also being studied. He said that directions have been given to the Central and State Police Forces which have a multi-level training center and academy for inducting jawans and officers and providing in-service training.

There is also a plan to organize webinars

Another senior officer posted in the training management cell of the paramilitary force said, “It is important that everyone posted in the border, check post or police jurisdiction is aware of the Taliban and its activities and tactics.” He said, “Senior and top commanders of security forces may have most information about Afghanistan and Taliban but the power of the operation comes from the soldiers or constables on the ground. They also need to be informed.

An official of the Union Home Ministry said that in view of the new directive, at least one such session is being organized for both the central forces, while a joint webinar is being planned for all these forces which will be held later this month. Will happen in the end. Another official said that the latest directive has clarified that such sessions should be held during the ‘Daily Operational Insight Session’ for personnel deployed on the ground and also for the Commanding Officer at the place of their posting. Study material related to Taliban case is being prepared in local languages ​​for the soldiers.

Jammu Kashmir: Attackers will not be released, around 12 terrorist modules have been eliminated in Srinagar- DGP Dilbag Singh