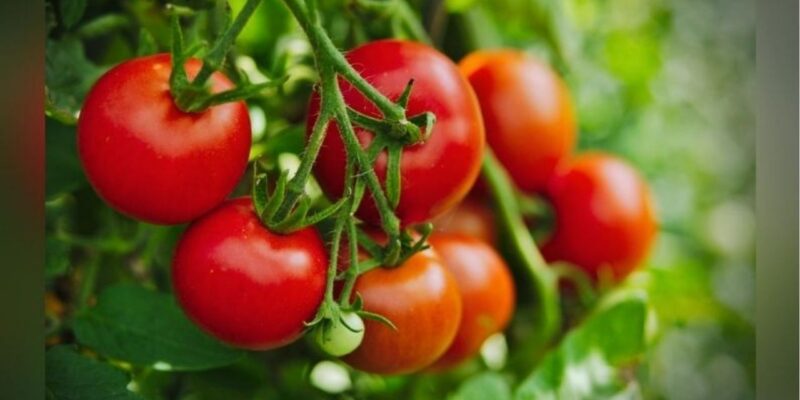 Being solid, they are suitable to be carried to far-flung markets. Also, it is considered absolutely favorable for processing.

Tomato is an important part of our kitchen and its demand remains throughout the year. Tomato is cultivated on a large scale in only a few states. This is the reason why it gets good price in other areas. If you are also planning to cultivate tomato, then we are going to tell you about such a variety, which neither disease nor pest attack. The most important thing is that you can get 18 kg production from one plant of this variety of tomato.

This tomato variety was developed in 2010 by the Indian Horticultural Research Institute, Bangalore. Its initial yield was 75 to 80 tonnes per hectare. This hybrid variety tomato is round and big. The weight of each dark red tomato is around 90 to 100 grams.

This variety is suitable for processing

Being solid, they are suitable to be carried to far-flung markets. Also, it is considered absolutely favorable for processing. In view of the success of Arka Rakshak variety of tomato, demand for its seeds is coming from many countries. To meet this demand, seeds of hybrid F-1 variety of Arka Rakshak are being produced in large quantities.

The main reason behind developing this variety

Actually, there are more than three problems in tomato cultivation. Leaf curl virus, bacterial blight and early blight. Angmarii disease alone can cause 70 to 100 percent damage to the crop. In such a situation, our scientists prepared this special variety, which had the ability to fight diseases and could also compete with insects.

Farmers of Manipur also cultivate it

Farmers living in Bishnupur district of Manipur were very upset about the tomato crop. The problem was that they did not have disease resistant varieties, due to which the yield was decreasing here. When the matter reached the scientists, they introduced the farmers to the Arka Rakshak variety. Today the farmers here are cultivating this variety fiercely and earning profit.

Also read- Estimation of more production this time than in the last few seasons, but still not happy apple farmers of Himachal