To stop the second wave of Corona, India made it possible to do the difficult task, S Jaishankar said to the overseas Indians 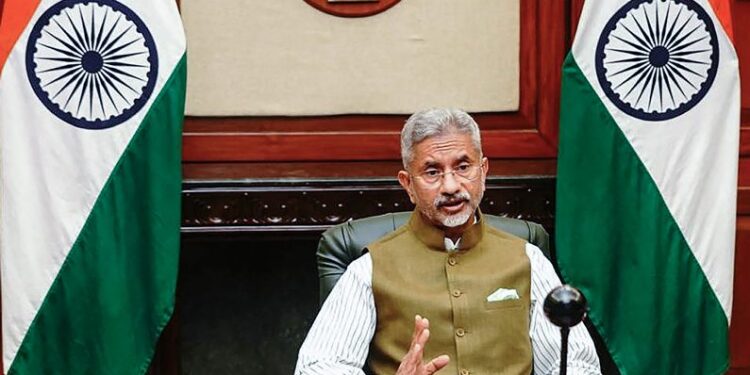 S Jaishankar said, ‘The second wave of COVID-19 has started decreasing. The daily number of new cases is now decreasing compared to the beginning of May. The infection rate has also come down significantly.

External Affairs Minister S Jaishankar assured the concerned overseas Indians in Kuwait that the second wave of COVID-19 in India is decreasing. At the same time, he said that the government has made possible the ‘difficult-looking task’ to stop the epidemic. Jaishankar, who arrived here early on Thursday on his first bilateral visit to the oil-rich country, was addressing the overseas Indian community at the conclusion of the meetings. He said, ‘The second wave of COVID-19 has started decreasing. The daily number of new cases is now decreasing compared to the beginning of May. The infection rate has also come down significantly.

He said a large part of this was made possible by the massive efforts of the government during the second wave. The situation was unprecedented and in response to it, people made the difficult task possible. Jaishankar said that the government ran hundreds of oxygen trains to transport medical oxygen from production centers to big cities. He said that other aircraft, including Air Force planes, were deployed to carry oxygen cylinder tanks. He said, ‘We bought necessary medicines for the treatment of COVID. Many of them were imported from abroad. We also ensured that domestic production of medicines is increased.

’30 lakh people are being vaccinated every day’

With regard to the vaccination program, he acknowledged that it is a ‘big issue’ and 30 lakh people are being vaccinated daily and its pace will increase in the coming days. Jaishankar said that the economy has started to recover rapidly and the economic impact of the second wave will be less as compared to last year. The External Affairs Minister also appreciated the contribution of the Indian community living abroad in helping. Earlier, Jaishankar met Ambassadors of India to the Gulf countries.

Another MoU signed between India and Kuwait

Jaishankar met Kuwait Foreign Minister Sheikh Ahmed Al Nasser Al Sabah on Thursday. During this, both the leaders discussed and business cooperation in health, food, education, energy, digital sector. During this visit of the External Affairs Minister, India and Kuwait have signed an MoU, under which Indian domestic workers will be provided protection of law while streamlining their recruitment by bringing them under a legal framework.

Koranavirus: Script to expose China’s conspiracy was written 7658 KM away, will be exposed soon

Karnataka: High command’s trust has given strength, will remain CM for next 2 years- Yeddyurappa said