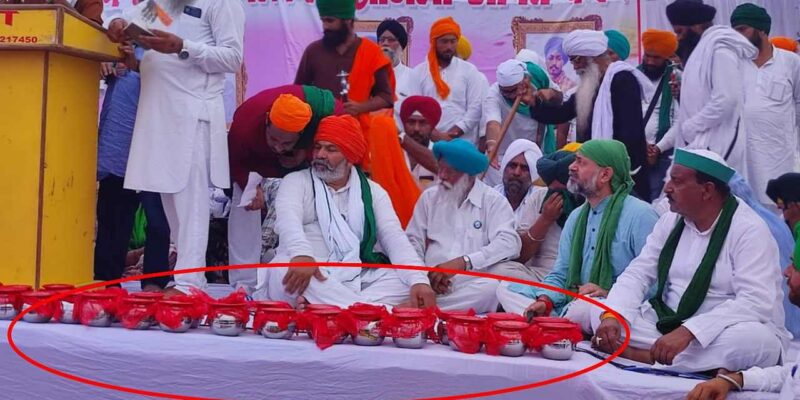 Ashes of farmers will be sent in every district.

Farmers are demanding justice in Lakhimpur case. Police has arrested 4 people including the main accused Ashish Mishra in this case. But the relatives of the deceased, farmers’ organizations and opposition leaders are demanding the resignation of the Union Minister. The logic behind this is that while being a junior minister of a department like Home, he can influence the investigation.

Farmers are also raising questions on the manner in which the leader Ashish Mishra was arrested. He says this is red carpet arrest and remand based on bouquets. Farmer families are believing that in such a situation justice will be available, there is doubt about it. Farmers have now decided to immerse the ashes in all the districts for justice. For this, ashes are being given to the farmers of all the districts of UP who came in the last Ardas on Tuesday. All these people will take the Kalash to their districts and immerse it on October 24. Through this effort, it is the intention of the farmers’ organizations to take the fight for justice of the farmers to every nook and corner of UP.

Ashish Mishra was arrested on the red carpet- Rakesh Tikait

Rakesh Tikait reached the last Ardas program in Lakhimpur Kheri on Tuesday. Here he raised questions on the arrest of Ashish Mishra. He said, “This arrest that has happened is a red carpet arrest. Ashish’s remand is based on the bouquet. No police officer has the guts to interrogate the son of the Minister of State for Home.” Along with this, he demanded the resignation of Minister of State for Home Ajay Mishra. He said that Ajay Mishra should resign. He can influence the investigation.

Also read- Coal Crisis in Maharashtra: Amidst the shortage of coal, Maharashtra’s Energy Minister said, there will be no load shedding in the state

Navratri 2021: 5 things to keep in mind for Kanya Puja and Bhoj during Navratri