Threat of Nipah in Karnataka, a sample of a person sent for testing, advisory issued for those coming from outside 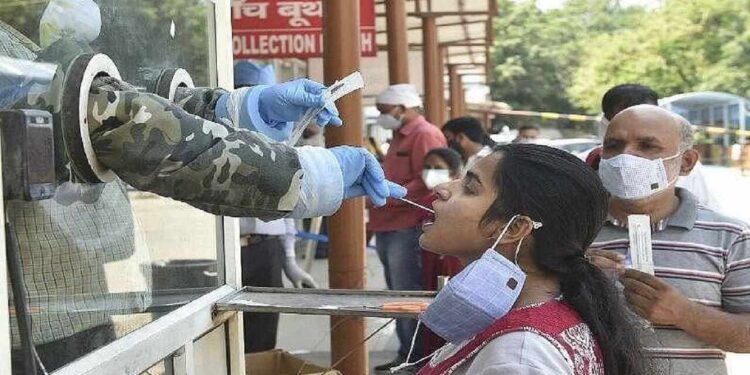 Those coming from Kerala will be investigated, advisory issued

Amidst the threat of corona in Karnataka, the sound of Nipah virus is also making people restless. A microbiologist in Mangaluru, Karnataka has told himself to be infected with Nipah virus. This person working in Goa told that he suspects that he is infected with Nipah virus. Dakshina Kannada District Health Officer said that after receiving the information, the microbiologist’s sample has been sent to the National Institute of Virology, Pune for testing. Test result is awaited.

At present the microbiologist is in isolation. According to the report of ‘The Hindu’, the microbiologist who came from Goa to Karnataka was in contact with a person who returned from Kerala. Microbiologist works as a Lab Technician at Wenlock District Hospital, Mangaluru. State Health Commissioner VK Trilok Chandra said that since the first case of Nipah virus was found in Kerala, vigilance is being taken in the state. An advisory has been issued to prevent the virus.

The State Health Commissioner said, ‘Surveillance measures have been taken in all the border districts. People coming from Kerala will be kept under surveillance. The commissioner informed that he has issued instructions to the district authorities to keep a close watch on the people coming from outside and if any of them have fever, change in mental status, headache, headache, shortness of breath, vomiting, diarrhoea, very high If he is found suffering from symptoms like weakness, dizziness, muscle pain and cramps, then he should be immediately kept under the supervision of the medical team, so that any kind of trouble can be avoided.

Among the new cases, 214 cases have come from Bengaluru urban area, while 371 patients have recovered and three deaths occurred in the city. The total number of patients under treatment here is 16,241. The daily infection rate in Karnataka stood at 0.56 percent, while the death rate is 1.93 percent. A total of 4,54,13,942 samples were tested in the state. There were 1,19,014 investigations on Monday.

read this also: PM Modi’s first visit before UP elections, will lay foundation of university in Aligarh today after Jat king