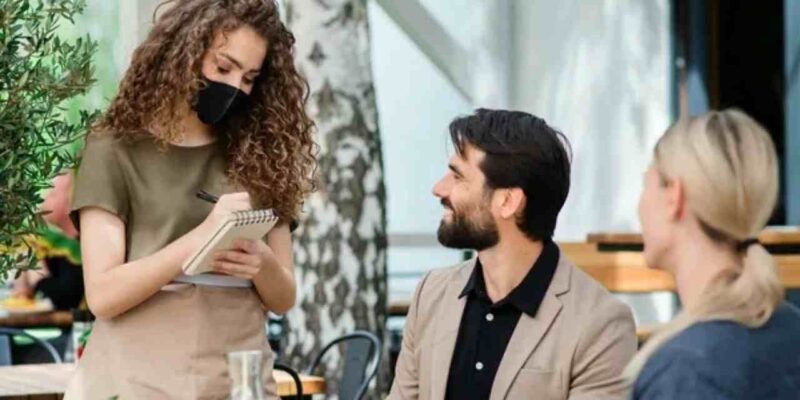 man upset with his girlfriend

One person said about this on Facebook that when he went to dinner with his girlfriend and some friends, his girlfriend ordered the cheapest thing on the menu, after which he was feeling very embarrassed. This Malaysian man wrote, ‘My girlfriend sometimes lacks manners, which makes me feel embarrassed in front of my friends. I am trying to ask her not to do this again but she gets very sad at that time and tears start flowing from her eyes. It’s as if I’ve bullied him. I have become very upset with my relationship.

He told that both of them had recently got their vaccination and decided to go out for dinner with their friends as he was ready to introduce them to her.

He said, ‘After we sat down, we were all looking at the menu. My girlfriend said she wanted to order fish and chips, but the friend sitting next to us said the fish and chips were not good because the restaurant chooses bad fish to cook. He suggested that we should try a short rib toy instead. To this the girlfriend said, ‘But it is expensive.’

Girlfriend commented on the price

The man said, ‘I was not feeling well. Like I can’t afford short rib? I was working for a year, I can still have a good meal at Blue Moon once. I did ‘I didn’t lose my temper on the spot, but all my friends were looking at us when my girlfriend commented on the price. Do you know how embarrassing this is? He humiliated me.’

He tried to convince his friends that he didn’t like the dish suggested by them. Then he tried to persuade his girlfriend to order something else, assuring her that she could order anything she wanted as they Don’t eat out often. However, the girlfriend insisted on eating fish and chips. Then she looked at the menu and knew why she was ordering cheaper items.

His girlfriend is worried about the price

The man said that his partner is always worried and worried about the price and does not want to waste money. When the boy’s girlfriend’s food came, the boyfriend tested that food, he told that the taste of the food was terrible. That’s why no one was ordering fish and chips. My friends must be thinking that I am a miserly lover, could not even afford my girlfriend’s food. Finally, when the boy tried to explain his thoughts on his way back home, she started crying.

Now social media users are taking the side of the girlfriend and she said through the comment that she should break the relationship with her boyfriend. One user said, ‘You are such a good girlfriend, you can meet many more boys.’ Another wrote, ‘Breakup… don’t embarrass your girlfriend again.’ A third user posted, ‘Leave her alone… if you can’t stand her,’ another said, ‘Saving money is also a complaint, have mercy on that girl.’

People of these 5 zodiac signs do not hesitate to break their relationship, know about them…

Former President Donald Trump received crores of rupees from foreign governments! But still the hotel suffered a loss of 500 crores